From the new internet, a trampoline for post-pandemic recovery - InfraJournal 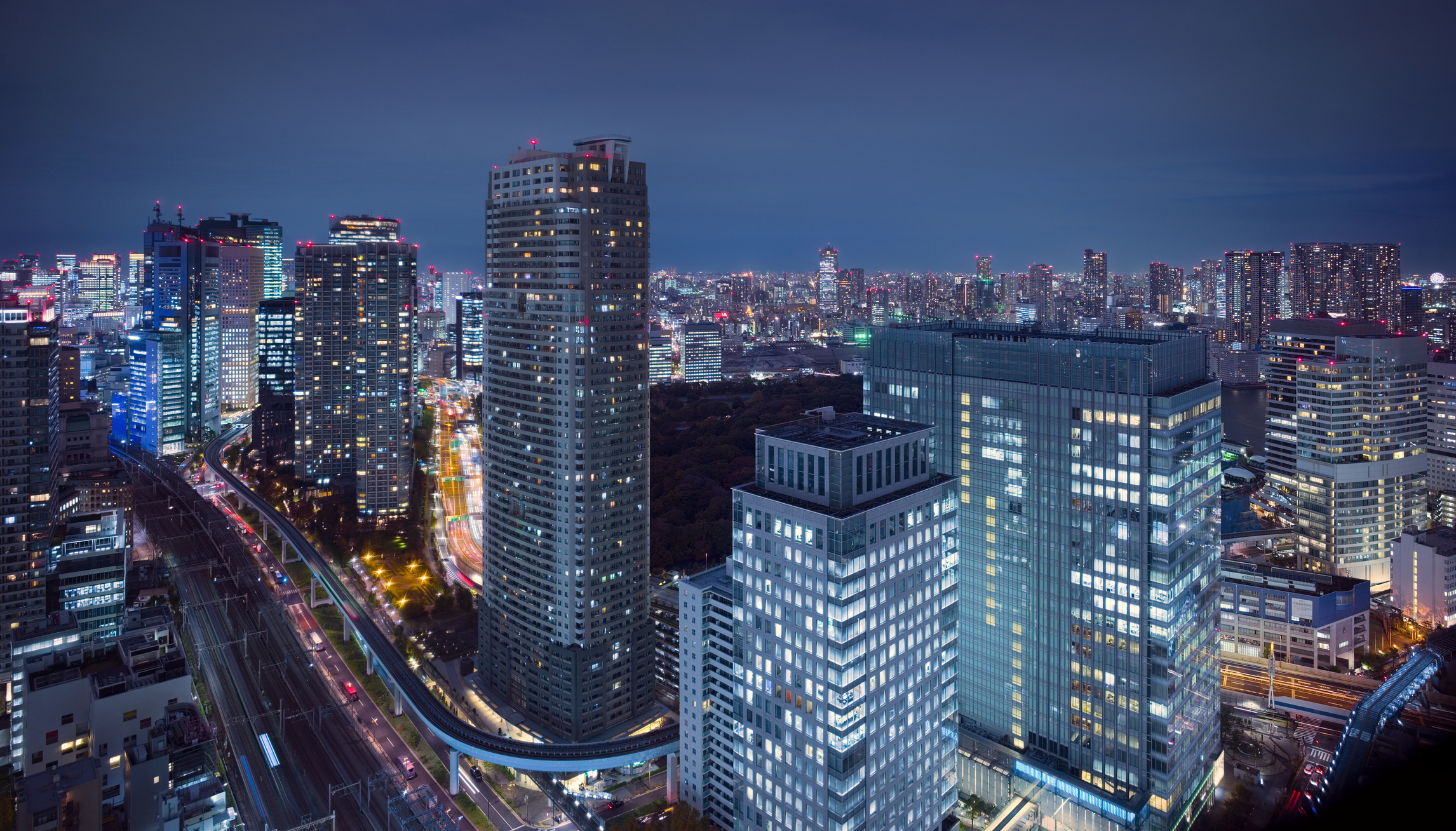 Increased telecommunication capacity, modern 5G infrastructure, fibre optic access to the ultra-broadband and the Internet of Things open up opportunities for exponential growth in various sectors of the economy

What was the first text message ever sent? "Merry Christmas". It was the 3rd of December 1992 when Vodafone engineer Neil Papworth sent his Christmas wishes from a computer to a mobile phone over the GSM network. The very first email, sent between two computers in 1971, was not quite as heart-warming but equally effective: "QWERTYUIOP” was what American Arpanet researcher Rary Tomlinson typed.

Since then, greater and greater quantities of data have been sent and received via cable and radio antenna, with a total of up to 64.2 ZettaBytes generated, consumed or replicated worldwide in 2020 alone. The annual growth rate is expected to remain above 23% until 2025, according to the International Data Corporation (IDC). From 79 ZB in 2021, traffic will grow to 181 ZB only four years later, according to Statista.

The evolution of data networks

The distribution of infrastructure for fifth generation networks and ultra-broadband fixed connectivity (Ftth) will enable the technologies of the Fourth Industrial Revolution. The Internet of Things, cloud computing, artificial intelligence applications, virtual and augmented reality: these are only a few of the innovations capable of facilitating revolutionary economic and social changes and offering a competitive edge for countries that manage to keep up.

First of all, 3G and standard UMTS networks brought the internet to our smartphones, replacing 2G cell phones with their 160-character text messages and introducing the app economy and Internet 2.0. Later, with even greater bandwidth, 4G networks, WiFi and fibre optics ensured continuity of service and kept our economy going during the various lockdowns caused by the global pandemic. The "media and entertainment” industry alone absorbed 335,139 PetaBytes on cellular networks and 671,178 PB on fixed networks in 2021, according to PricewaterhouseCoopers, representing a +30% increase in data consumption.

So far, the networks have occupied frequencies of 800 Mhz to 2.6 Ghz, while WiFi uses a range of 2.4 to 5 Ghz. The 5G network in Italy will use three bandwidths: low, to guarantee better coverage in rural areas (694-790 Mhz); medium, combining coverage with capacity (3.6-3.8 Ghz); and high, for high capacity applications with greater bandwidth and higher frequencies within very limited areas (26.6-27.5 Ghz). Only in the latter case will it be necessary to install radio stations all over these areas, to provide optimal service to a large number of users (in sports stadiums, railway stations, airports, shopping centres...).

5G offers higher transmission speed, potentially up to 10-20 gigabits per second, but for commercial use it will generally be ten times faster than 4G, improving download performance from 25 to 250 megabits. The network will serve areas with a greater density of users, serving up to a million connected devices per square kilometre, a hundred times more than 4G. All with a communication latency of only one millisecond, 30-50 times less than before.

The economic potential of 5G

All this is useful for a number of applications capable of improving the efficacy and productivity of various industries. A PwC study estimates that "The global economic impact of 5G" on global GDP will be 1,339 billion dollars by 2030. Fifth generation networks will promote a 484 billion dollar increase in GDP in the United States, followed by China (220 billion), Japan (76), Germany (65), the United Kingdom (54), India (42), South Korea (30) and Australia (20). In Italy, Centro Studi Tim has estimated the additional GDP that will be accumulated by 2040 at 393 billion euro.

Healthcare will be the first sector to benefit from 5G, with 530 billion dollars in additional GDP, according to PwC, due to the advent of medicine based on the "4P” paradigm: predictive, preventive, personalised and participatory. The most commonly cited examples are use of wearable devices, machine learning diagnostics, robotic and remote surgery, transportation of pharmaceuticals by drone, big data analytics for individual treatments, and more. Another 330 billion dollars will come from optimal management of "smart utilities", with "smart meters" and "smart grids" capable of balancing energy deficits and surpluses in the grid. Sensors will be able to reduce per capita production of solid wastes by 10 to 20% thanks to better management, and the amount of water wasted by our water grids may be cut by 25%. Immersive AR/VR experiences will continue to improve home entertainment, from gaming to live streaming of events, and open up the way for real-time marketing, generating 254 billion dollars in revenues.

Implementation of autonomously guided robots alone will allow manufacturing industry to gain 130 billion dollars in productivity by optimising plant operation. Another 85 billion will be generated in financial services, with greater use of robotic advisors in banking, insurance and finance.

Hand in hand with optic fibre

The first country in Europe to have assigned rights to use of 5G radio frequencies, Italy introduced its new "Verso la Gigabit Society" ultra-broadband strategy in May,  allocating 6.7 billion euro under the national recovery and resilience plan. The goal is to bring 1 Gigabit (downloading) connectivity to all households by 2026, in advance of the deadline of 2030 set by the European Union Commission, which requires 5G coverage in all inhabited areas. The government has allocated 2 billion to European 5G corridors, rural roads and mobile areas of market failure. In the meantime, progress on the work completed by concession holder Open Fiber to bring the ultra-broadband to all parts of the country is 31% for fibre optic and 13% for fixed wireless access.

On the basis of the assumption that "investing in digital infrastructure in territories where industries are concentrated will provide a decisive boost for the Italian economy", Ey's Digital Infrastructure Index compared the presence of networks and productive districts in the country. On a scale of 0 to 100, the best-equipped provinces as of the end of 2020 were Genoa (100), Milan (92.2), Rome (82.1) and Bologna (80.8), while the last were Enna (8.4) and Fermo (zero). 5G networks, Ftth fibre and Internet of Things are most commonly used for a variety of purposes in the energy, technology, media, medical devices, pharmaceuticals and retail sectors. Analysts have revealed that in the spring of 2021, 20% of the territory of Italy was served by at least three 5G operators, and one of these had already achieved 91% coverage.

More telecommunications means more data, and the potential value of the data economy for Italy is at least 2.8% of the country’s GDP, equal to 50 billion (Ey on the basis of Idc 2020 figures). This new petroleum requires sufficient skills for the digital transformation of corporations and SMEs. The Industria 4.0 plan launched in Italy in 2018 included eight national competence centres, and Bi-Rex, based in Bologna, focuses on Big Data. In the beginning of November the centre inaugurated a private 5G cell that will provide connectivity for its own internal pilot line, a "test before invest" smart factory for companies in the fields of big data, additive manufacturing, robotics, finishing and metrology.

The US infrastructure plan allocated 65 billion dollars to distribution of rapid internet in the country, but the global rush for connectivity goes well beyond the confines of the earth. On one hand, investment in the undersea cable industry will continue to grow 11.1% every year between 2020 and 2025, reaching 22.5 billion dollars, according to Markets and markets. At the same time, satellite internet has literally opened up a new era in the space race: dozens of companies in the United States have already asked the Federal Communications Commission for authorisation to launch a total of 38 thousand satellites into space.

There’s more and more talk of “smart cities” these days, but the term is often used incorrectly or too vaguely, making it hard to understand what a...
By Infra Journal Newsroom
Focus On  |  Business

What if we’ve been in the metaverse already for some time?

Among the headwords nominated for the Oxford Dictionary 'word of the year' for 2022 was also 'metaverse' and that is not very surprising....
By Federico Gennari Santori
Mobility  |  Space

What concrete impacts will the metaverse have on the way we move? Ever since Mark Zuckerberg made it to the headlines by renaming his company Meta,...
By Federico Gennari Santori
Interview  |  Cities

From Taormina to Helsinki. An innovative Italian SME is the creator of the smart cities of the future. It’s called T.net, and its history is...
By Sofia Fraschini