A laboratory for sustainability in the airport of tomorrow - InfraJournal 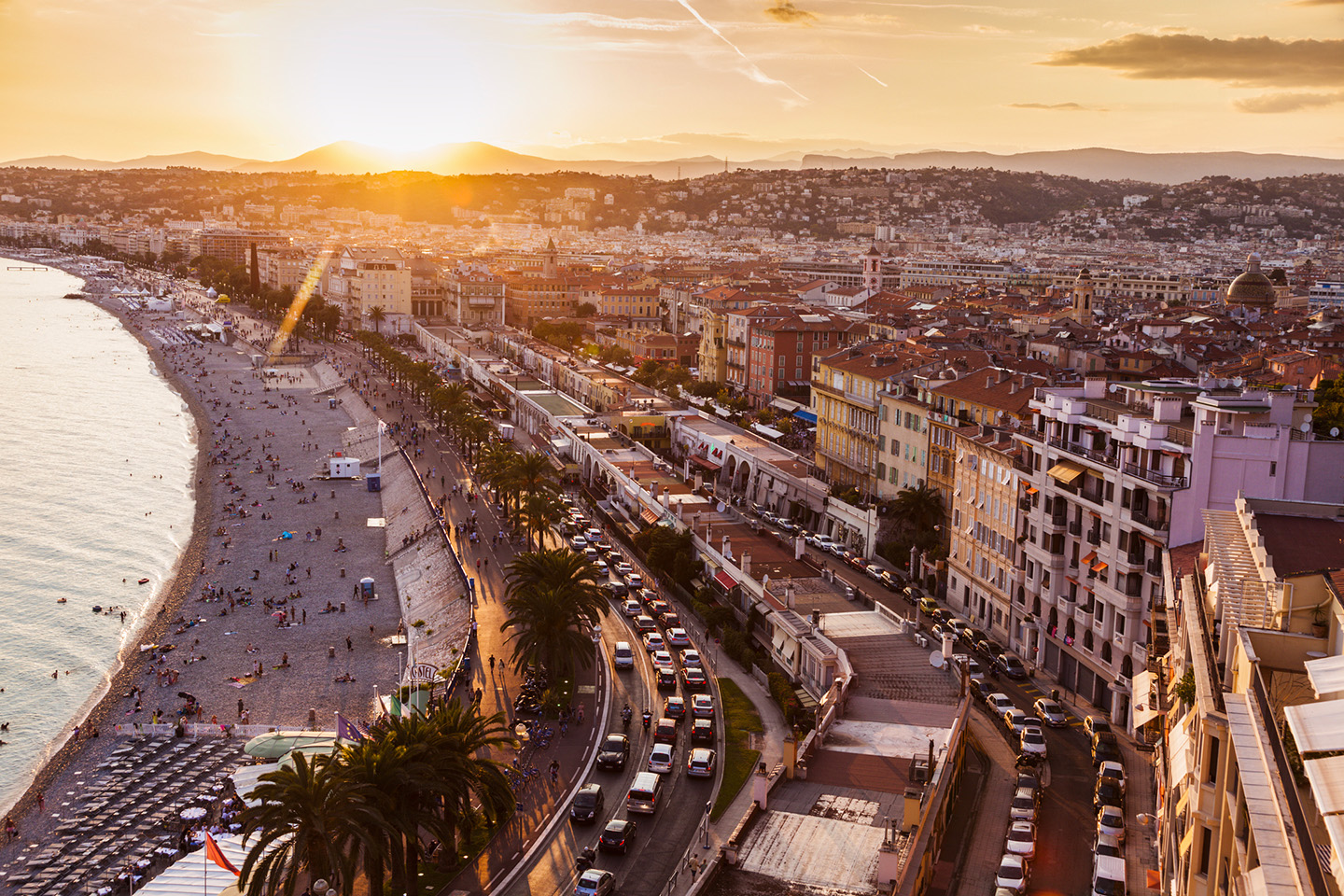 Reforesting is a part of a wider strategy in absorbing CO₂ at Aéroports de la Côte d'Azur. The group was certified Airport Carbon Accreditation level 4+ and has a plan to become a non-emissive airport platform in Nice, Cannes and Saint Tropez

“We think of ourselves as 'the laboratory for the airport of tomorrow'. We believe that innovation and ambition can trigger a new way to face climate change: less consumption, more reforestation”. This is how Franck Goldnadel, chairman of the board of Aéroports de la Côte d’Azur, describes the effort of the second busiest and most important airport hub in France in improving its sustainability through a multi-faceted action plan and, in parallel, keeping the pace with innovation throughout passengers' experience.

Aéroports de la Côte d'Azur has been committed for ten years to a proactive and ambitious strategy aimed to reduce its greenhouse gas emissions, the so-called “Cap 2030” program. Despite the negative effects of the health crisis on the airport activities, last year it was even reinforced enacting a new reforestation plan. What is more, such an initiative, in this world-renowned region, makes an interesting concurrent with a similar strategy for ecological resilience, which is ongoing in the city of Nice itself.

By the way, the three airports of Nice Côte d’Azur, Cannes Mandelieu and Saint-Tropez La Môle achieved certified carbon neutrality by Airport Carbon Accreditation (ACA) level 3+, in 2016. Five years later, they obtained the ACA 4+ “Transition” level, the highest and most demanding degree in this field. “This means that we have succeeded not only in reducing our direct emissions, in an absolute value, whatever the air traffic level is (-4.4% for Nice, -20% for Cannes-Mandelieu and -27% for the Gulf of Saint-Tropez airport), but also that we are engaged in a logic of rocking from compensation to absorption”, says Anne-Cécile Gibault, Strategy and sustainable development director of Aéroports de la Côte d'Azur.

For example, in Saint-Tropez, where residual emissions amount to 22 tonnes (year 2021), the reforestation program represents an absorption capacity of 30 tonnes of CO₂ per year. Similarly around the airports in Cannes-Mandelieu or Nice Côte d'Azur, through an unprecedented three-way partnership between the Group, the municipalities (Saint-Césaire-sur-Siagne and Carros) and the National Forestry Office, several hectares of forests were planted and are being maintained. “This partnership will continue and grow from year to year – as tells Gibault -. In 2030, the volume of trees thus planted will be able to capture approximately 300 tonnes of CO₂, i.e. the equivalent of the residual emissions of Nice and Cannes Airports”.

Such a “green” challenge becomes even more relevant, in a moment when the Nice Côte d’Azur Airport has reopened its terminal 1, last 27th March. The hub is also an innovation pioneer: since 2019, it has enriched its array of services such as facial recognition solutions and an app for checking flight statuses, booking parking spaces, buying Vip lounge access, or renting a car. Now, its renewed flight programme is close to what it was before the pandemic. At least 106 destinations will be directly connected, including 9 long-haul flights, to 42 countries. In this scenery, Infra Journal has reached out to Goldnadel (in the picture below, Ed.).

In a really polluting business such as aviation, is compensation the only way to reach net zero emission? What are the other ways of cutting greenhouse gasses emissions?

“Compensation is and must remain a step to absorption. Regarding our direct emissions, we believe electricity can lower our footprint and the preferred option is carbon-free electricity, which allows us to quickly reduce our environmental footprint. For aircraft emissions, we work with our partners to optimize trajectories, streamline air traffic and promote the emergence of new low-emission fuels”.

And what about ground operations? Can you give any examples?

“For years we have required jets on stopover to use the pop-outs fitted to the apron so that they use electricity and not their auxiliary motors to prepare for their flight, while all of our jetways are equipped with a 400 hertz network. In the same spirit, we support groundhandlers towards the electric transition of their ramp vehicles and equipment. It is a sum of multiple actions, each one carrying within it the hope of a sustainable future” (see images in the fotogallery, Ed.).

How is the reopening of the terminal 1 after crisis going?

“We have worked hard for more than three months with all of our partners to bring a renovated, improved, more efficient terminal back into service with a better quality of service. The first feedback from passengers is very positive.”

How do you expect traveling is changing? Did you notice any new habits that you think will remain?

“It is difficult to measure whether the new behaviours will last. But I note four points. The first is the desire to travel that remains intact. As we can see, passengers are back and we have around twenty new products in our summer programme, with a record number of long-haul flights. The second is a consequence of teleworking, with longer short stays: we have more traffic on Thursdays than before, for example. The third is business travel. It is recovering little by little but it remains lower than before the crisis. This is a challenge for the territory that must be taken up collectively by tourism stakeholders. Finally, I note that the companies have gained in agility and are opening lines more easily. This is due to a review of slots, but also to the newest possibility to have efficient aircraft for long haul flights from/to Nice. You can cross the Atlantic with an A320neoLR and go point to point. This is undoubtedly the most structuring trend that partly calls into question the historical logic of hubs especially from airports like Nice.”

The challenge for airports and civil aviation in 2022 is to restart after the peak of the Covid-19 emergency in the previous two years. The decline...
By Daniele Monaco
Sustainability  |  Transports

Aviation is a key to the resumption of business and economic growth after two years of the pandemic. But the sector finds itself facing a number of...
By Andrea Giuricin
Sustainability  |  Cities

We called it the “asphalt jungle”. Today, on the contrary, we want it greener and greener. Compounded by the worsening of air quality and, more...
By Giulia Zappa