Here's why zero emissions in aviation is a major challenge - InfraJournal 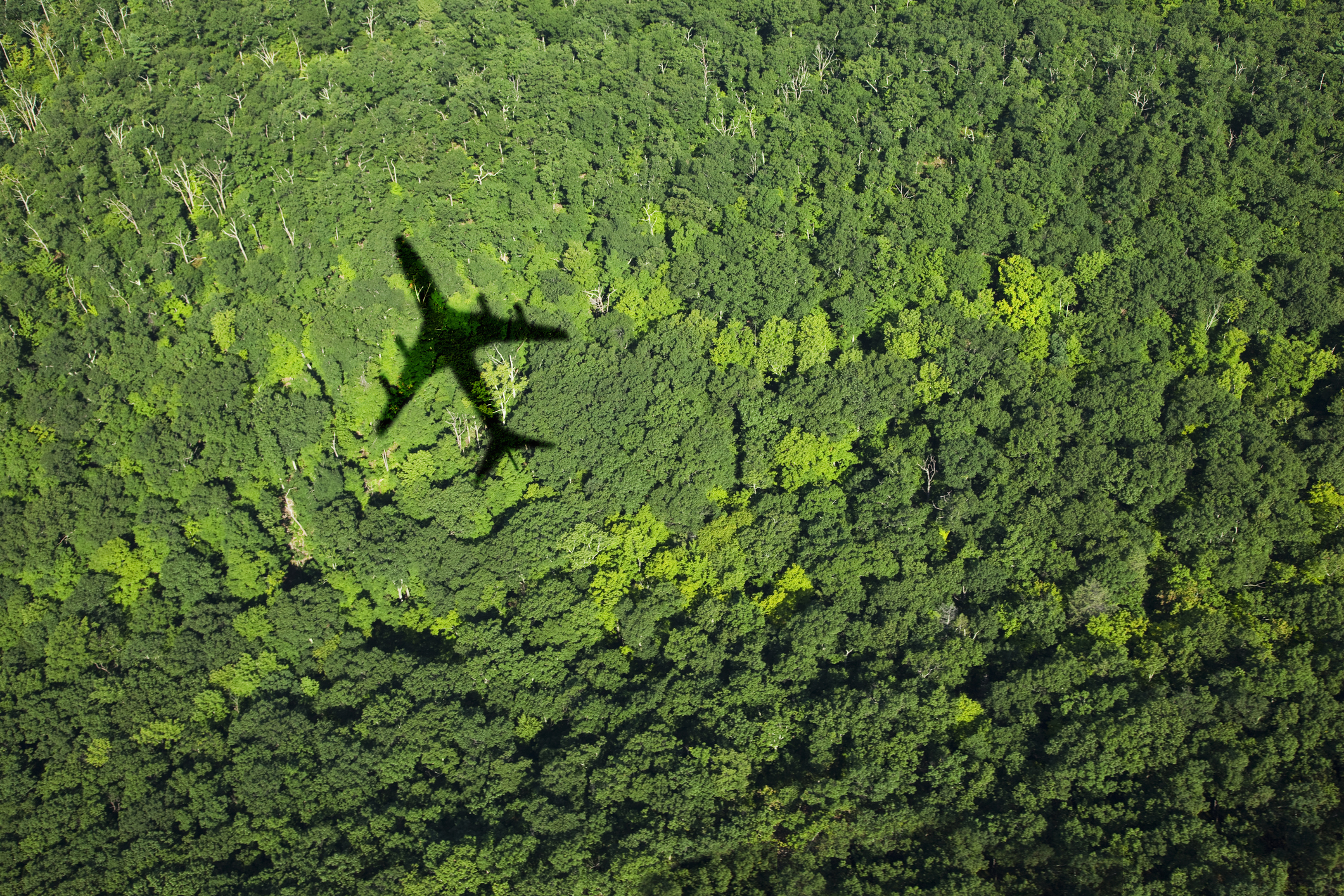 COP26 is asking aviation to achieve zero impact by 2050

The COP26 conference established the goal of zero emissions for the aviation industry by 2050. Airports and airlines are adopting anti-pollution initiatives, but public incentives would be useful in support of this commitment in an area of key importance for the economy

Aviation is a key to the resumption of business and economic growth after two years of the pandemic. But the sector finds itself facing a number of important challenges, not only due to the complications of Covid-19 regulations, but for achieving the goal of decarbonisation. On the whole, air traffic accounts for about 3.8% of all emissions and 13.9% of the emissions produced by transportation in Europe. Road transportation accounts for about 74%, according to European Commission figures.

This is an important challenge, because the target for the aviation sector is a tough one: COP26 is asking the industry to achieve zero impact by 2050. All this is made even more complicated by the major rise in air traffic (apart from the Covid-19 years). In general, if we look at the past few years, the industry has registered an overall increase in emissions, but this is primarily due to the steep rise in traffic.

To take just one example: between 1997, the year of deregulation of air transportation, and 2019, the last year before the pandemic, the number of passengers travelling by air in Italy rose from 53 million to 161 million. Emissions per traveller have been reduced over the years, thanks to improvements made by airplane manufacturers, an overall increase in aircraft size (greater efficiency) and a higher load factor.

Efficiency resulting from competition has also had an environmental impact, because airlines have seen a major increase in their load factor. Fuller planes mean less emissions per passenger. Reduction of fuel consumption, which represents one of the key costs for the airlines, has become an increasingly important goal over the past 20 years.

This has led to a steady reduction in emissions per passenger since competition was introduced into the market. But the greatest challenge is represented by the steep rise in traffic that has increased total emissions. On the basis of the assumption that the need to travel is a product of consumers' expectations, it will be clear that we need to achieve much more significant goals in the reduction of emissions in aviation than we have achieved so far.

Airports undoubtedly play an important role in this new challenge, as it is now possible to reduce their impact to zero. This significant goal is already becoming reality in a number of European and Italian airports, many of which have already achieved top levels of certification for the reduction of their environmental impact.

We clearly need to encourage this kind of improvement. For example, the government might have invested some of the funds under the National Recovery and Resilience Plan in achievement of these goals, through improvement of the efficiency of airports.

While many European airports, including Italian ones, are achieving zero environmental impact, the challenge for the airlines is more complicated. The advent of electric planes is still far off, though aircraft manufacturers are working on achieving this goal. The new planes’ energy and therefore environmental efficiency can definitely make a very significant contribution, and important steps forward have been made in recent decades.

But regulatory action could provide incentives for airlines, too. What can governments and airlines do?

The role of sustainable fuels

A number of carriers are promoting use of SAF (Sustainable Aviation Fuel), but these fuels are still very expensive. As fuel represents the airlines’ biggest cost, it’s not easy to ask them to invest significant sums in this technology, especially after two years of very poor economic performance due to Covid-19.

On February 2 Turkish Airlines flew a plane from Istanbul to Paris Charles de Gaulle Airport using sustainable aviation fuel, reducing emissions by 87 percent. But it is equally clear that it is, at the present time, very difficult to imagine that the entire sector will rapidly move forward in the adoption of this technology, due to its cost.

There are steps the airlines can take, as in the case mentioned, but government incentives would definitely encourage the development of economies of scale in the production of this type of fuel, reducing its cost.

Reduction of the cost of production of SAF could become a short to medium term goal with the aid of incentives from various governments. After all, it is the governments that are demanding a major reduction in emissions, setting targets that are definitely very challenging for both 2030 and 2050, as we have seen.

In the long term, the technological evolution of aircraft could lead to a major reduction in their emissions. These challenging environmental goals could lead to an increase in costs for the aviation sector.

But it is worth emphasising that it is unlikely that airplanes will be replaced by any other means of transportation. High-speed trains have already replaced planes where convenient, as demonstrated by the example of Italy.

Almost all growth in air transportation in the past 20 years has been a result of international and intercontinental traffic, in which train travel cannot compete in terms of either time or fares.

We must therefore focus on what can be done to reduce pollution, with clear proposals that take the needs of travellers into account, attempting to make decisions that do not threaten the economic sustainability of an industry that has already suffered greatly from the Covid-19 crisis.

“We think of ourselves as 'the laboratory for the airport of tomorrow'. We believe that innovation and ambition can trigger a new way to face...
By Infra Journal Newsroom
Focus On  |  Sustainability

The airline industry, despite the recovery in demand, continues to have to deal with significant elements of uncertainty. The waves of the pandemic...
By Andrea Giuricin
Transports  |  Business

The last few years have been the most difficult ones for the aviation industry. First, the Covid-19 pandemic sunk the demand, setting air...
By Andrea Giuricin
Interview  |  Transports

Airports beyond the pandemic: alliances and sustainability for a restart