Autonomous vehicles and the future of public transport - InfraJournal 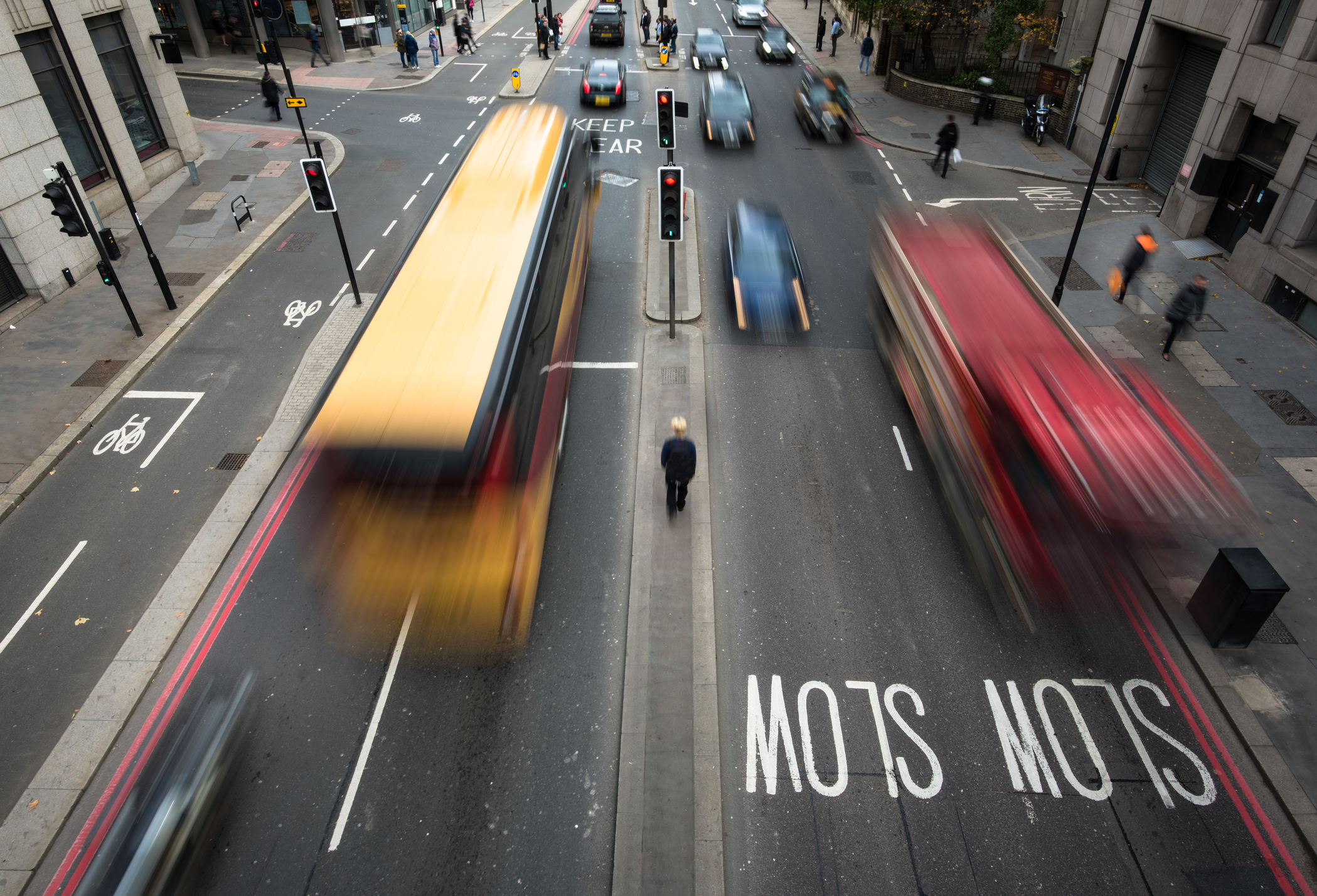 Self-driving cars are finally here and big automakers are racing to develop fully autonomous vehicles. This mode of transportation will certainly be less polluting and environmentally friendly, but it will not solve the problem of traffic congestion. And this is where public transport will still have a role to play

The media is fascinated by autonomous vehicles (AVs), in particular their safety and when or if they will arrive en masse. A bigger and more important question is how AVs will work together as fleets and whether they work with public transport to move more people with fewer vehicles to solve our urban congestion and pollution challenges.

There is growing consensus that while personal electric AVs may improve air quality, they will only make traffic worse in cities, because replacing private autos one-for-one will not address congestion; and people may be so comfortable in their AV pods that they won’t mind sitting in traffic for hours. For the latter reason, researchers at ETH Zurich have suggested that cities prohibit the use of personal AVs.

What is crucial is that AVs are electric, shared and work with public transport; and that cities invest in the infrastructure and technology necessary to support a connected, multi-modal transit network that includes shared electric AVs that can replace or augment less efficient traditional bus lines.

The city as app store

Ride-hailing companies like Uber and Lyft are adding public transit to their apps to help people plan door-to-door trips, becoming Mobility as a Service (MaaS) aggregators. But this is backwards – public transit apps should add Uber and Lyft and the robotaxis of the future into their marketplaces. “There’s nothing precluding commercial MaaS operators from favouring their own solutions; public transportation could very well be sidelined,” urban planners at San Francisco’s SPUR have warned.

Los Angeles Department of Transportation General Manager Saleta Reynolds has put it this way: cities should act like “app stores” for mobility services. “The way Google and Apple invite innovation on their platforms is that they have terms and services that the companies agree to and then they can sell their products in the app store,” she said at last year’s CoMotion LA event. “As soon as they violate those terms and conditions, they are out of the app store.”

This approach may rankle some who hope that electric AVs will replace what they see as inefficient, subsidised public transport with profitable, private alternatives. Though people often complain that public transportation loses money and is a drag on government budgets, looking at it as for-profit business misses much of the value public transport brings to communities and overlooks the costs of auto-centric mobility.

The benefits of public transit

The capital and operational costs associated with public transit should be viewed as an investment in economic development rather than a simple business cost. The Union Internationale des Transports Publics (UITP), the world’s largest association of public transportation agencies, points out that “investment in public transport sparks a chain reaction in economic activity up to three or four times the initial investment”.

It is important to remember that transportation, public or private, is rarely an end in itself. It is a means to another goal, for individuals to get to work, for example, and for employers to have wider access to workers. The benefits of accessible public transportation are widespread, according to the American Public Transportation Association (APTA):

In the US, households living in auto-dependent locations spend as much as 25% of their income on transportation. A car that breaks down can mean the loss of a job. Reliable public transit lowers the cost of living for people with easy access to it, saving users more than $10,000 per year.

The UITP also points out that “while large-scale public transport investment projects are undoubtedly expensive, they are actually significantly less expensive than the direct cost of congestion, which can seriously harm the cities’ competitiveness, affecting travel time reliability and business productivity.” Let’s look at some of the negative economic and social impacts of private autos and congestion and pollution in cities:

Will AVs help or hurt cities?

Multiple studies have been published sowing the seeds of doubt about the ability of AVs to improve congestion. University of California at Santa Cruz researcher Adam Millard-Ball studied traffic in San Francisco and found that AVs could double traffic because it will be far less expensive for vehicles to cruise or return home than to park in the city centre.

Researchers at ETH Zurich and the University of Sydney came to similar conclusions. Many point to the impact that ride-hailing companies like Uber and Lyft have had on congestion and pollution as negative examples of what private AVs could do to cities. While promising to reduce traffic and emissions, the services are responsible for 5.7 billion miles added to US city streets, for example, and travel 2.8 miles empty for every mile that they carry a passenger. Most of those miles are used by people that otherwise would have used public transport.
Cities will be more and more the engines of the future global economies, with 70 per cent of the world population living in urban environments by 2050. Electric shared autonomous vehicles, together with public transport, will reduce both congestion and off-street parking needs.

At the same time, research shows that shared electric AVs could reduce traffic and ride times. Integration with public transport is critical to achieving these benefits. Shared AVs “combined with high-capacity public transport could remove 9 out of every 10 cars in a mid-sized European city,” according to the International Transport Forum (ITU). The corresponding reduction in traffic could reduce the time taken by these shared vehicles to complete all trips by as much as 30%.

More than 50% of the world’s population live in major metropolitan areas and more people are coming: by 2050, that number is expected to near 70% percent. These cities are the economic engines of the world. According to the consulting firm McKinsey, “Six hundred cities – the City 600 – are projected to generate more than 60% of global growth to 2025.” Cities are already short on roads and housing.

In order to accommodate growth and support business and commerce, urban transportation will need to get smarter. New public and private transportation services including autonomous ones can play an important role in enabling smarter mobility but getting there will require more investment in urban transit, not less. In addition to reducing congestion, the ITU found that a combined shared AV/high-capacity public transport network can reduce off-street parking needs by 80%, “generating new opportunities for alternative uses of this valuable space.” If cities are to serve as an app store for new mobility services, they will need the support of corresponding technology platforms that enable public and private operators to work together. “There is no reason why current public transport operators or taxi companies could not take an active role in delivering these services,” ITU’s report says. “Governance of transport services, including concession rules and arrangements, will have to adapt.” This will no doubt include limiting the number of AV services that can be operated to balance supply and demand and to avoid the overloading of vehicles seen with today’s peer-to-peer ride-hailing services.

Public transportation has a mandate that private companies don’t: to make safe, affordable transit available to all residents regardless of age, income, ability and location. Cities will need leverage to enforce policies that serve all stakeholders so that all can thrive. While public transit operators may never turn a profit in the traditional sense that we use to evaluate private businesses, the direct and indirect economic benefits that their services deliver to residents and businesses are far greater than the capital and operational costs involved. AVs and services will need to be a part of the mix public transport offers becoming, as the ITU notes, “a new form of low capacity, high quality public transport.”

The arrival of self-driving cars will bring with it a radical transformation of transport systems in the cities of the future. The integration between AVs and public transport is key to deliver a more sustainable and less congested urban environment. In a world of super cities, public transport will still remain the most efficient way to carry a high volume of passengers.

* This story was previously published on Infrastructure-channel.com

There’s more and more talk of “smart cities” these days, but the term is often used incorrectly or too vaguely, making it hard to understand what a...
By Infra Journal Newsroom
Mobility  |  Cities

In the film Un colpo all’italiana (The Italian Job), a group of English robbers manage to rob an armoured car travelling with the...
By Federico Gennari Santori
Transports  |  Mobility

The novel sinergies in mobility for tourists and residents

The travel and tourism industry has come roaring back from the lows of the COVID-19 pandemic. Compared to 2021, an estimated 1.5 billion...
By Joseph Losavio
Transports  |  Cities

Kicking off the Italian trial of self-driving buses and shuttles was the city of Merano, through funds made available by the European...
By Infra Journal Newsroom