The novel sinergies in mobility for tourists and residents - InfraJournal 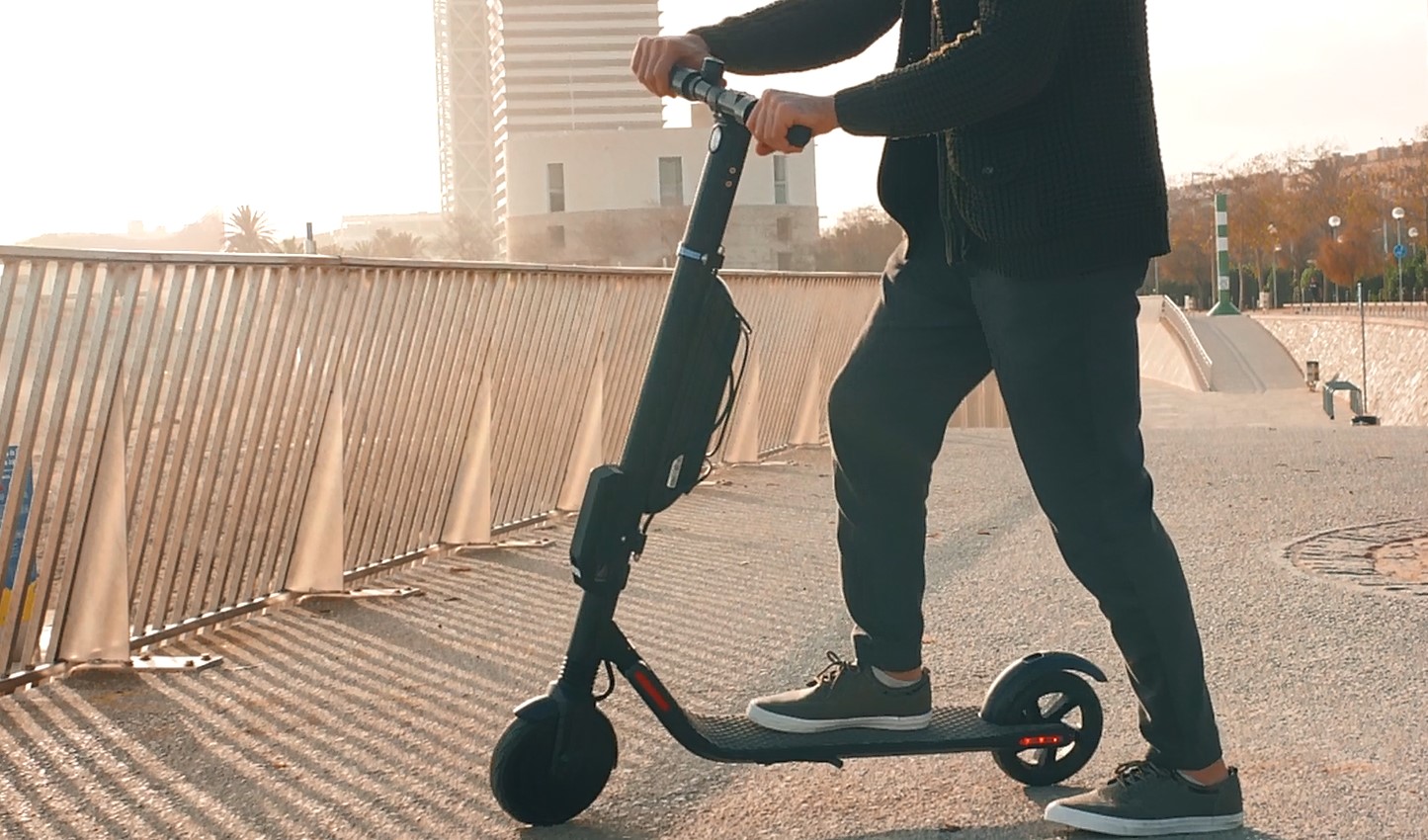 The novel sinergies in mobility for tourists and residents

As the first post-COVID summer travel season winds down, have destination cities learned to build back better? Here is how innovative services for visitors can improve the quality of a smooth and resilient day-by-day transportation network for residents too

The travel and tourism industry has come roaring back from the lows of the COVID-19 pandemic. Compared to 2021, an estimated 1.5 billion more passengers will take to the skies this year, according to analysis by the Mastercard Economics Institute. Even compared to years prior to the pandemic, travel is booming. Flight bookings are already above 2019 levels for short and medium-haul flights. According to Amadeus, hotel bookings have already exceeded pre-pandemic levels. This is unsurprising when, in addition to normal travel activity, 54% of consumers are looking forward to “make-up trips” halted by the pandemic. However, as with other sectors of the economy and society, the return to “normal” life has only heightened awareness of preexisting challenges. Underprepared infrastructure, overcrowded destinations, and unsustainable practices are rife. If we are committed to bringing travel and tourism back better, we must build infrastructure that is mutually beneficial for tourists and residents alike.

The tourism industry is a significant component of city economies worldwide. Having high-quality infrastructure is a major competitive advantage. As we see with booming, eased-pandemic tourism, travelers crave the culinary, cultural, and commercial opportunities cities represent. At the same time, the way residents interact with cities is changing fast. The rise of hybrid work has lessened the need for highly concentrated office districts, and the distinction between where people live, work and play within cities is increasingly blurry. How cities build infrastructure to support tourism should also reflect this new reality.

One way to do this is to layer new facilitating technologies on top of familiar modes of infrastructure. In transit infrastructure, this means making the user experience as simple as possible for tourists and residents. One strategy for this is to implement more open-loop payment systems- using credit cards and debit cards as well as tickets to access public transport. Giving visitors the opportunity to use a card they already have in their wallet saves them the confusion of navigating a complex ticketing system in a new city which can often come with a language all its own. Open-loop systems also remove an extra layer of hassle for residents, encouraging them to use public transportation more frequently. By eliminating the need to create, distribute and process traditional tickets, open-loop systems also save cities money- London is saving $130 million annually since its switch to open-loop payments.

Increasing the types of transit and mobility options available can also benefit both tourists and residents. For example, the electric Autonomous Bus (AV) fleet being piloted in Malaga, Spain, was originally conceived as a way to provide easy access to the central part of the city for cruise ship passengers disembarking at Malaga’s port. AVs can provide safer, more efficient transit options around a city, and the role in providing last-mile transportation (getting you from the mass transit stop to a front door) can be particularly advantageous. Some tourist sites are already experimenting with AVs, like the Lake District National Park’s driverless "pods” in the United Kingdom. As these technologies make their way into cities, they have the potential to open up accessibility for the elderly or those with disabilities to explore cities that can be difficult to navigate on foot in a safer, more efficient and sustainable way.

Increased micro-mobility options will also improve life for residents and tourists. For residents, bicycles, scooters, and mopeds can provide last-mile connectivity that is sorely lacking in many cities. For tourists, there is an increased desire to experience "authentic" destinations- trendy areas outside well-known tourist zones that provide a better view into local life. Micro-mobility options make it easier to get "off the beaten track", and here too, open-loop systems will ease the user experience, such as in Helsinki, where Freebike has pioneered tap-and-go e-bike to eliminate the need to download an app and sign up for a membership program. Both of these strategies provide the opportunity to reduce mass tourism by bringing visitors beyond the traditional tourist spots into less-trafficked neighborhoods, tourism more evenly and improving the quality of life for residents.

While transit systems within cities have yet to reach pre-pandemic crowding levels, the same cannot be said of the world’s airports. Clogged terminals, long lines, missed flights and lost luggages have been the story of the summer. However, many of these problems are due to staffing and equipment cuts made at the height of the pandemic, many of which can be remedied with more hiring that should alleviate some of the pain by 2023.

However, longer-term issues with airports remain. Security checkpoints and passport control will remain a feature even after airports and airlines are fully staffed. Here, too, layering emerging technologies on top of familiar systems can help improve the experience. Biometric applications, which verify identity using technologies like facial recognition or fingerprint scans, are becoming increasingly common at airports as a form of digital identification.

Frequent flyers have long used biometrics to enter and exit airports. In the United States, programs like Clear and Global Entry simply scan the face of a traveler to verify identification without the need to provide a physical ID like a passport or driver's license. While these technologies were initially focused on frequent travelers and came with additional costs and application processes, biometrics are now being built into airport operations for all travelers. In the United States, a trial program with San Francisco International Airport and United Airlines is piloting a system where passengers use facial recognition to drop off bags, pass through security, and board flights without ever having to take out an ID.

Even passport control- the bane of the international traveler- is being streamlined with the use of digital identification. In Singapore, all travelers will clear passport control using automated biometric systems starting from 2023. A similar process exists in Dubai with the Smart Gate program that allows Emirati residents, nationals of the UAE and GCC countries, and citizens of visa-on-arrival eligible countries to pass through passport control using facial recognition. These technologies are not just meant for airports- land and sea border crossings are also rolling out biometric systems meant to ease the way for travelers.

After years of limited movement, sometimes confirmed to the four walls of one room, the world is ready to go exploring again. At the same time, cities are managing a new pattern of living and working among the residents. As cities think about how they serve the travelers and tourists of the future, it behooves them to ensure the infrastructure they build not only supports vital tourism industries but residents who deserve to live in sustainable, inclusive, and prosperous cities.

Joseph Losavio - As Manager for Ecosystem Engagement & Development for Global Cities at Mastercard, he manages engagement for City Possible, Mastercard's global city cross-learning and solution development network. Prior to that, he was a specialist in infrastructure technology on the Cities, Infrastructure and Urban Services team at the World Economic Forum's Centre for the Fourth Industrial Revolution and also worked for several years at Altria Group. He holds dual bachelor's degrees from the University of Southern California and a master's degree from the Johns Hopkins School of Advanced International Studies.

The new mobility and the rapid changes in its development, such as the digitisation of processes and infrastructures, have fully affected the...
By Sofia Fraschini
Transports  |  Cities

Kicking off the Italian trial of self-driving buses and shuttles was the city of Merano, through funds made available by the European...
By Infra Journal Newsroom
Cities  |  Mobility

Rome, Naples, Milan. The Italian way to Mobility as a Service (MaaS) passes through this metropolitan trio that won the government tender...
By Sofia Fraschini
Transports  |  Cities

The media is fascinated by autonomous vehicles (AVs), in particular their safety and when or if they will arrive en masse. A bigger and more...
By Raphael Gindrat*