“Building a smart city from scratch”. The pioneers in Sicily - InfraJournal 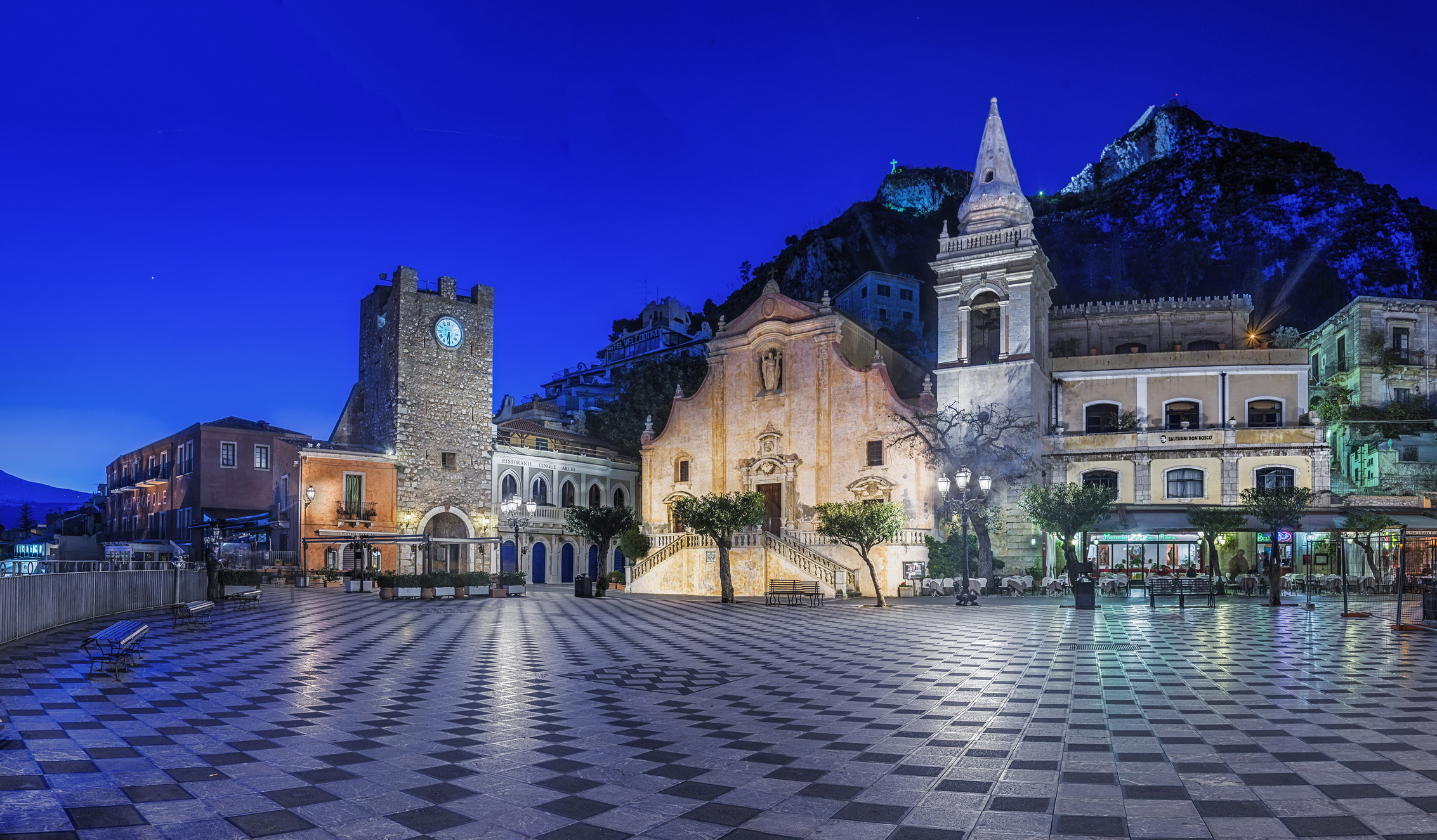 A Sicilian ICT company has made Taormina into a digital resort town. And now T.net is ready to export its replicable model from the “Pearl of the Ionian Sea” to other cities in Europe, starting with Helsinki. Privacy and flexibility are the keys to the idea

From Taormina to Helsinki. An innovative Italian SME is the creator of the smart cities of the future. It’s called T.net, and its history is quite recent. The Sicilian company founded by an ingenious group of engineers in 2002 has grown from being one of the first data centres to a pioneer of the Internet of Things (IoT) in only twenty years. Today, it is a continually growing enterprise with new headquarters in Milan, and it has just transformed the “Pearl of the Ionian Sea” into a digital resort town. The project the company developed in Taormina is now ready for export beyond the country's borders. Starting in Finland. “But Europe and Asia will be fertile ground for upcoming initiatives,” the Group’s ceo Francesco Mazzola (photo below),  tells Infra Journal, explaining what is really needed to make a town into a smart city. The challenges can only get easier for T.net, which faced a very difficult context in Taormina.

Mazzola, how did you first get involved with smart cities?

“We started with a vision of a simpler, safer future in which individuals’ and communities’ experience of technology is based on the utmost efficiency. Designing, developing and operating new services and innovative solutions has always been our mantra, and it now takes the form of engineering projects for the IoT, the Cloud and Cybersecurity.

In terms of both planning and practical application, “ground zero” was our participation, as project leader, in an operative programme implemented by the Region of Sicily to support the European Strategy for recovery of structural delays in the Region of Sicily. Among other things, we were concerned with extending the availability of broadband and high-speed networks and supporting adoption of future and emerging technologies and networks for the digital economy. We also worked on reinforcing applications of ICT technologies in e-government, e-learning, e-inclusion, e-culture and e-health, as well as promoting low carbon emissions strategies all over the area, and particularly in the city, including promotion of sustainable urban mobility.” 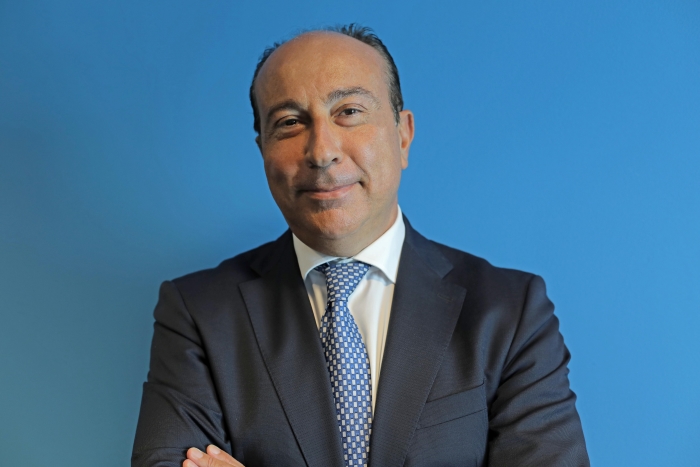 Why did you choose Taormina?

“The town was chosen for the pilot project because it was particularly challenging for implementation, especially because of its closed-in morphology, squeezed between the mountains and the sea, with particularly complicated traffic and logistics, in view of the many restrictions in the historic town centre, a popular tourist attraction. But another factor determining the choice was the absolute backwardness of the town’s infrastructure, which was practically zero. In short, we figured that if the prototype worked in a situation like this, it would be easy to implement it anywhere else!”

Can you tell us more about the project?

“It involved a total investment of over a million euro, and made Taormina a connected city offering smart services for public administration, citizens and tourists. Starting with smart mobility and smart parking, including smart lighting systems and smart monitoring of pollution, waste management and more. Work has just been completed on the installation of sensors, connection with middleware developed by T.net (the software that acts as an intermediary among applications, instruments and databases to provide users with unified services, ed.), creation of a dedicated app and a municipal centre of operations for monitoring and management of the city and therefore, in the final analysis, for developing an intelligent ecosystem in Taormina.”

Can you offer three adjectives to describe the Taormina of the future?

“First of all, it will continue to be this splendid city that tourists from all over the world come to see, with its marvellous landscape, beautiful sea and historic monuments. But it will also be a more sustainable, easier, safer city.”

What was it like working with the public administration in the city?

“The project was developed and tested by T.net in partnership with the national inter-university telecommunications consortium (Consorzio nazionale interuniversitario per le telecomunicazioni, or CNIT), Catania University and the city authorities. What mayor Mario Bolognari asked us to do was help him solve the problem of traffic congestion and a number of issues with public lighting, consumption, pollution and garbage. This innovative project and the fundamental contribution made by local citizens have triggered a virtuous process which not only has social and environmental implications but will bring benefits for the finances of the Taormina of the future, in terms of both savings and optimisation of resources.”

What do you need to create a real smart city?

“Sensors, a middleware connection, a centre of operations, and an app for users. There are a number of solutions available on the market now that claim to create smart cities, but what these solutions are often missing is a standard and the possibility of easy implementation without excessive costs.”

Is this a fragmented sector?

“In many cities, different companies and solutions operate different networks responding to different needs at the service of citizens. For example, they might have one company managing smart parking, another for public lighting, yet another for road maintenance, and so on. If the geographic area under management is large, these companies may even have different system configurations in different parts of the city, as when city centres require different services from the suburbs.”

What is your “secret”?

“We attempted to overcome these issues by developing our own innovative middleware, and above all by reasoning in terms of ‘Smart City Blocks’, applied to open, replicable areas in the city measuring two by two kilometres. The concept of the Smart City Block makes all the difference because it is an ‘all-in-one’ solution in which users have a single contact point. The solution provides a single interface for different areas, combining different service providers, and directly manages, monitors and controls mobility, environment and governance processes, even with different requirements and granularity. All using advanced LoRa (Long Range) technology.”

What is the scope of this solution?

“It is an open system, and so a great variety of areas may be involved, and the system can be enriched and integrated with more services if necessary. We focused on the three main areas best reflecting our skills. First of all, what we call ‘Smart Environment’, that is, real-time information and reaction to environmental conditions to improve health, safety and efficiency. Services may include monitoring of smoke and fire, measurement of humidity and precipitation, pollen, carbon dioxide (CO₂), ozone (O₃), fine particulate (Pmx) levels, and detection of pollution. Secondly, what we call ‘Smart Governance’, the possibility of offering services to citizens and visitors and managing city infrastructures: from management of public gatherings and social distancing to monitoring of queuing time at points of particular interest. And, lastly, ‘Smart Mobility’, optimised mobility for both people and goods. With services ranging from monitoring, reporting and management of road accidents to speed limits, traffic jams, emergency messages, monitoring of parking lots and restricted traffic zones, and installation of variable message panels, bus or shuttle bus tracking services and ‘vehicle-to-everything’ (V2X) infrastructure.”

How can the problems of IT security and IoT connections be solved?

“Security is a very important issue that people are not talking about much in Italy yet. But we have decided to ‘take the bull by the horns’ with an innovative system of sensors employing LoRa technology, which we have perfected and improved, without using GPS systems. This method makes use of sensors and video cameras which, for example, inform us that a generic vehicle is in a given place at a given time, ensuring geolocalisation accuracy of within five metres, with reduced battery consumption and protected, secure data transmission using end-to-end cryptography. Advanced LoRa technology offers enormous benefits over GPS positioning systems, which handle sensitive data that could be disclosed without the data subject’s authorisation. The system dialogues with the driver directly via the smartphone, using the dedicated app or onboard computer, with the centre of operations by the IoT method, using encrypted communications.”

Where did this technology come from?

“To get this result, which has recently been discussed in the technical and scientific magazine published by the US Institute of Electrical and Electronic Engineers, we conducted intense research and development work testing vulnerabilities for the prevention of potential attacks. The final goals of the work include ongoing verification of the security of the system as a whole, including GDPR compliance and study of correct, ethical data storage processes.”

Is Taormina a replicable model?

“Absolutely, yes. Our system based on the Smart City Block could easily be replicated in other cities, no matter how large, and in other situations. The project’s scale and scope are designed and conceived to permit identification of ‘good practice’ and therefore obtain a standard transferable, scalable project which is not limited only to Italy and Europe, but could be extended in Asia and America, where the issues to be addressed are, in the end, the same. The first city where we will be replicating it will be Helsinki, making use of the LoRa network and video cameras already present in the Finnish capital. In short, we will simply bring in the necessary software solutions and algorithms, the upper-level intelligence. One of the priority goals will be improving the quality of life for seniors.”

What are your goals for the future?

“Looking toward the future, considering that T.net’s shareholders include the valuable support of the European accelerator EIT Digital, an organisation for the promotion of digital innovation and education in enterprise, we are working at the EU level to extend our market, with a business plan that aims to cover dozens of medium to large cities by 2027.”

In the film Un colpo all’italiana (The Italian Job), a group of English robbers manage to rob an armoured car travelling with the...
By Federico Gennari Santori
Business

What was the first text message ever sent? "Merry Christmas". It was the 3rd of December 1992 when Vodafone engineer Neil Papworth sent his...
By Daniele Monaco
Cities

A city is a set of streets, buildings, infrastructures and people. But in a world with 50 billion connected devices, a city is also a layer of...
By Ferdinando Cotugno
Focus On

Smart grids for energy and the smart cities: a vital combination

The electricity grid has become smart and ecological, opening up the way to a new world in our cities that will revolutionise the way we...
By Sofia Fraschini