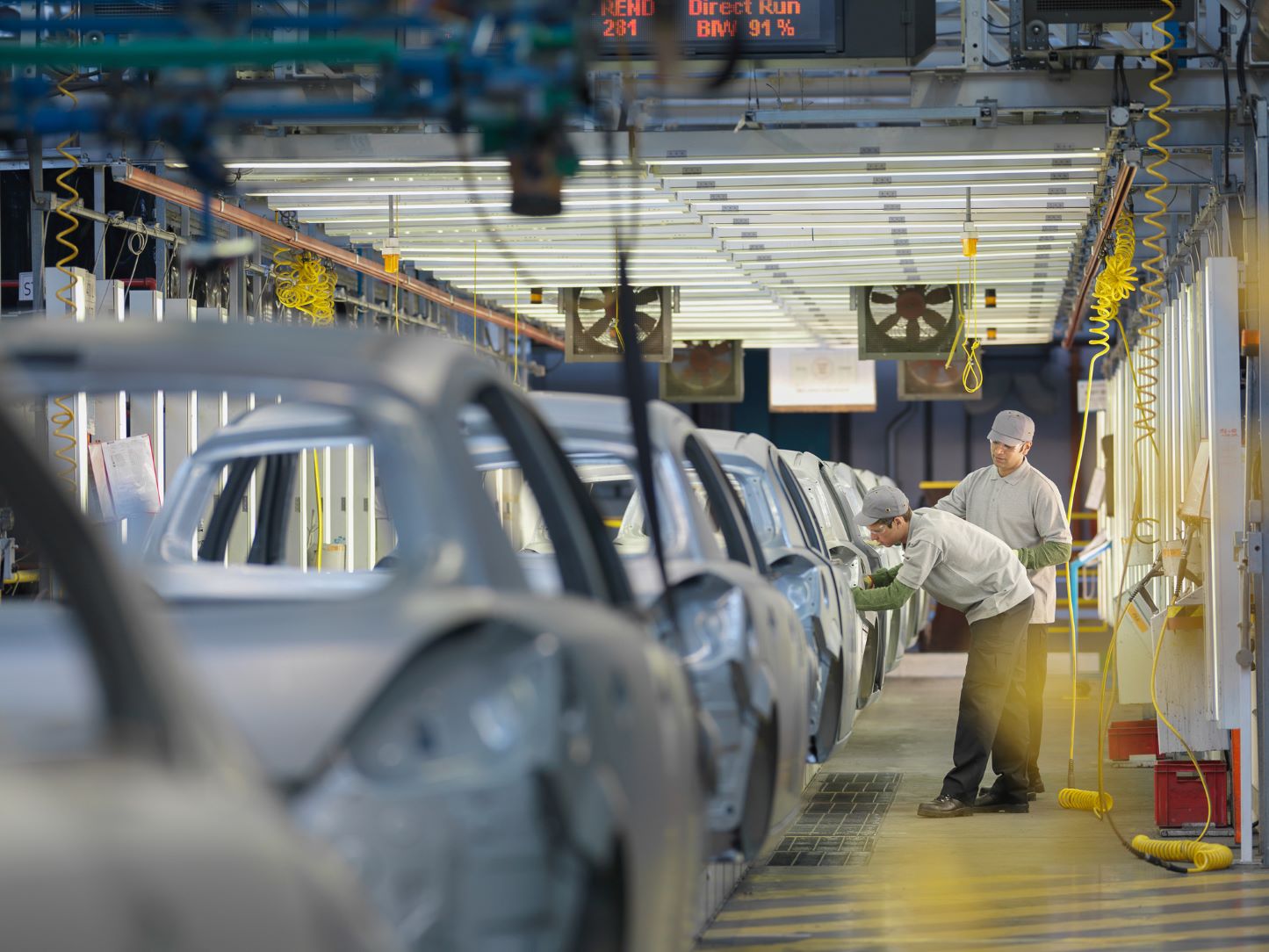 The European plan "Fit For 55" is aiming at reducing emissions in mobility. But the change in production raised concerns among industry associations and components makers, about workplaces put at risk by this radical change. Is the "green" emergency and innovation a foe to full employment?

Is electrification putting workplaces at risk? The answer is both "yes" and "no".

The shift towards the electrification of final uses of energy, most notably urban mobility, is part of a long-term trend towards more fuel-efficient and safer vehicles. This trend has been driven by both regulation and markets. E-cars have clear advantages over their traditional counterparts: they are cleaner, even if the electricity used to charge their batteries is not particularly green, and require less maintenance than cars with an internal combustion engine (ICE). However, their cost is still higher than ICE vehicles and their performance is lower under some dimensions (for example the charging time). The fuel cost to run an electric car is today cheaper than diesel or gasoline per kilometer traveled, but that is mainly due to the lower incidence of taxes: as the shift to electric cars will drain revenues, policy-makers may well consider to increase the taxation on the electricity used to recharge e-vehicles, therefore reducing or offsetting the current advantage. For example, in the UK a proposal has been advanced to tax miles traveled instead of liters of fuel.

As technology improves and the shortcomings of e-cars will gradually be fixed, their number will increase anyway. This process may or may not have occupational impacts on a macro level. To answer the question, one should focus on the broader literature about the occupational effects of technological progress. This may be traced back to the seminal work of Joseph Schumpeter, who coined the well-known expression of “creative destruction”: innovators destroy old industries and jobs, while creating new ones. One century thereafter, hard evidence has been piling up that the process does not, on balance, destroy more jobs than it creates: in fact the opposite is true. Indeed, the European Union regards innovation, particularly in the fields of digitalization and ecological transition, as a driver for the creation of new employment. It goes without saying that both digitalization and the green transformation rely on a broader use of electricity, including in the transportation sector. This assumption underpins the Next Generation EU program, the 700 billion euro worth package that Europe has designed to promote the post-Covid recovery.

Before ruling out any major setback, though, it should be considered that the transition towards e-mobility is not merely the result of a better technology displacing a less efficient one. While that is likely to be part of the story, behind the increase in the demand for electric engines there is also a major political push. The support is motivated by the better environmental performance of e-cars. This has long justified various types of subsidies, both to the roll-out of a public charging infrastructure, and to the adoption of e-cars and chargers. After the new Fit for 55 plan has been released, though, Europe’s stand on transport decarbonization has turned more aggressive. The new plan intends to update the previous environmental objectives in order to leverage on the post-Covid relief packages and achieve more ambitious targets with regard to CO2 emissions and the penetration of renewable energies. The EU Commission has also released a further blueprint, called RePowerEU, in order to provide the member states with a toolbox to deal with the current energy crunch and the Russian crisis. Even this document insists on renewable energies, decarbonization, and the electrification of final uses of energy as the way forward.

Within the Fit for 55 plan, after a heated discussion, a sub-target of banning ICE by 2035 has been adopted. The automotive industry directly employs about 2.6 million people in the European Union. If indirect jobs are included, the number of people owing their salary to the automotive industry is just below 13 million and growing. According to some experts, the push towards e-mobility and the ICE ban could jeopardize this large sector of the European economy. That would happen mainly via two channels. On one hand, Europe’s industry is today relatively less competitive than its international peers when it comes to e-cars. An accelerated shift to electrification, in the short run, would give a competitive edge to non-European producers. On the other hand, Europe’s automotive industry has long been pressed by the bloc’s regulations to develop increasingly efficient engines. The new emissions standard Euro7 is still under discussion. The past and planned R&D investments to improve the performance of traditional ICEs might go stranded if, soon after their adoption, new ICEs were prevented from being introduced in the European market. Other investments may go wasted, for example as far as synthetic fuels are concerned, out of a policy decision, and not because of their merits.

Besides, the 2035 deadline may have other unintended consequences. The substitution of traditional cars with e-cars shall drive down the demand for components, traditional fuels, assistance, etc. ICE owners might well expect that firms will close and the supply of ICE-related products will become scarcer and scarcer as 2035 approaches. Therefore, while the formal ban will only enter in force in 2035, its effects are likely to become manifest much earlier. Displaced jobs and firms may not be substituted easily. One thing is a market-driven gradual takeover of one technology by another, but another thing is a policy-induced sudden change. The development of more effective e-cars and batteries may make the entire debate obsolete, because e-cars may gain traction just out of better performance. But if that should not happen – or, at least, if it should take more time than expected and fall beyond the 2035 threshold – then Europeans may find themselves stuck in a bad equilibrium, whereby they are forced to rely on a technology that is not fully satisfactory while Europe’s industry may lose competitive grounds.

The question is not easily answered, of whether or not this dramatic shift between technological standards will have a negative impact on employment in Europe. At the very least this risk should be taken into due consideration.

The shift towards electric mobility in Europe and the US is both a market-driven phenomenon and a policy goal. This will put under pressure...
By Carlo Stagnaro
Business  |  Transports

The transition to the electric car is changing Italian garages and those who work in them. The mechanic has become...
By Marco Cimminella
Business  |  Mobility

The new mobility and the rapid changes in its development, such as the digitisation of processes and infrastructures, have fully affected the...
By Sofia Fraschini
Interview  |  Business

The new mobility is going through a very delicate and unpredictable transition. After the first boom generated by the energy transition...
By Sofia Fraschini