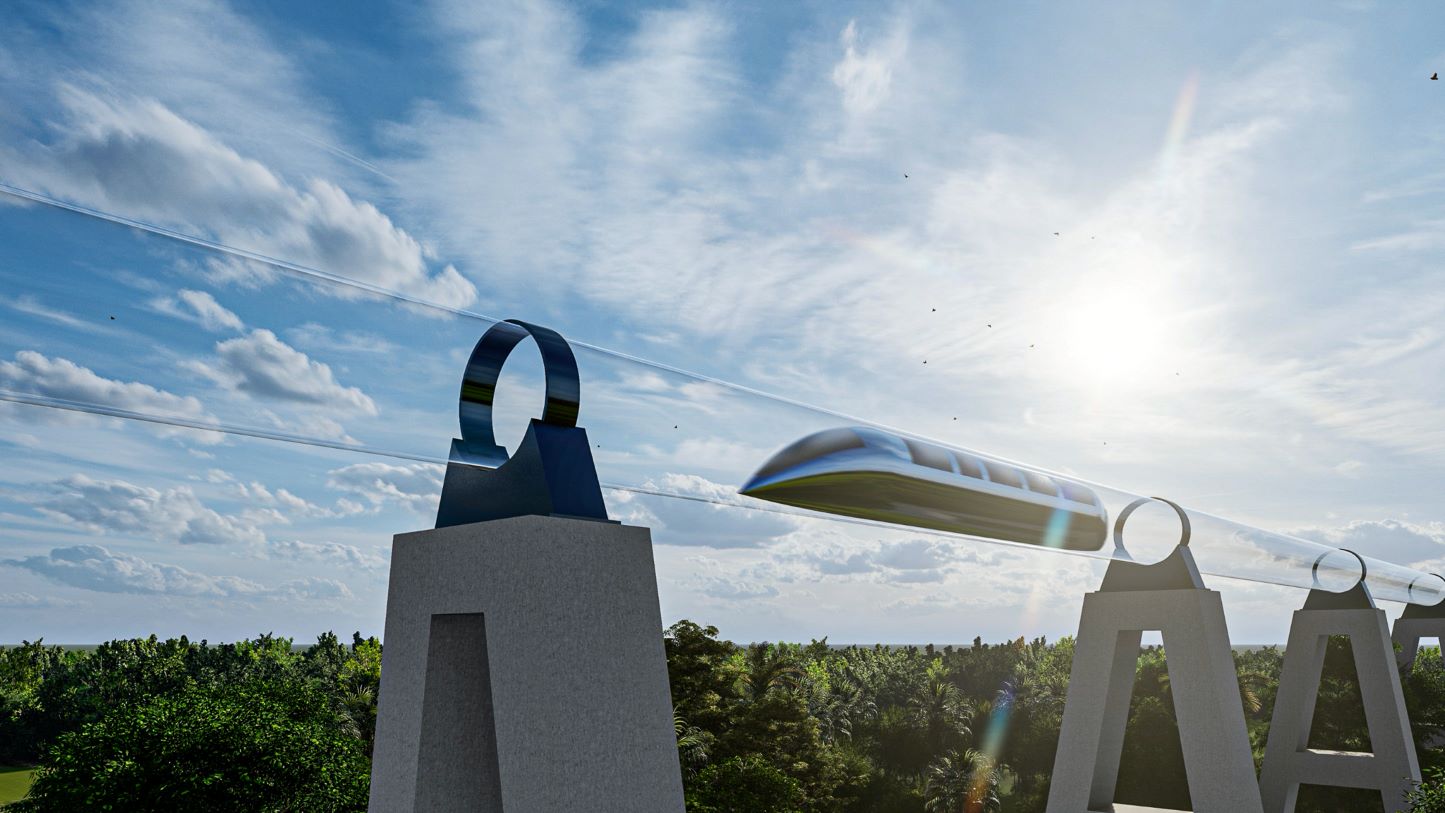 The new frontier of innovation in ground transportation is Hyperloop, the "train of the future" conceived by Elon Musk. It will allow travel at 1,200 km/h in a depressurised tube through magnetic levitation. But the technological challenge is still open

It's a hypothesis, one so unbelievable that it doesn't even seem feasible. On the contrary, researchers and entrepreneurs have joined energies and resources to transform Hyperloop into a certainty, one of those new futuristic technologies that, in the intentions of the promoters, promises to revolutionise the modes of transport known up to now. Aluminium capsules launched at very high speed inside a tunnel where almost all the air is removed. And it is precisely because of this, finding no obstacles and no friction during the course, that Hyperloop would be truly unstoppable, being able to reach 1200 km/h without difficulty: much more than a simple train and even faster than an aeroplane. In this regard, we often talk about magnetic levitation, but what is it?

Hyperloop's technology would exploit some magnets to increase the speed and brake during its journey inside a depressurised tube, built at a height of over 50 metres above the ground, and thus transport passengers and goods in a very short time compared to the kilometres travelled. It is no coincidence that the idea was born from this very need: to shorten time and thus also distances.

The technical concept was first presented in 2013 by Elon Musk, currently the richest man in the world, among other things co-founder and CEO of the electric car manufacturer Tesla and space company SpaceX. This is the challenge launched to the community of innovators around the world: a means of ground transportation that would make it possible to cover the distance Los Angeles - San Francisco (610 kilometres that, with a normal trip on rails between various changes, would take about 11 hours and 48 minutes) in 30 minutes. The question therefore remains: impossible or futuristic? Even then, it was clear that this was a revolutionary idea.

In the 57 pages presented by him, Hyperloop would have in fact travelled at prohibitive speeds thanks to a constant acceleration thrust of 1G (9.8 m/s2) in the first two minutes of travel and once reached the cruising speed, this would be able to maintain the same thanks only to the almost total lack of friction with the rails (magnetic levitation) and the rarefied atmosphere inside the cylinders.

An idea that did not remain his exclusive property, however. Since the beginning, Hyperloop has been deliberately made open source, so that anyone could develop it in total autonomy. What might have seemed impossible just a few years ago could now become a reality thanks to projects in the United States, Europe and in the rest of the world.

A unicum for the rail transport sector, both from a technological and eco-sustainable point of view. The whole system would be powered by photovoltaic panels that would help to decrease the environmental impact, not to mention that thanks to the kinetic energy developed by the capsule and the energy recovered during braking, there would be much more energy produced than what is being consumed. One could travel at an average of 600 km/h while consuming only a quarter of the energy.

A challenge that could not remain the ambition of just one person. In addition to SpaceX, in fact, among the active companies we mention HyperloopTT and Virgin. Richard Branson's company is certainly among the most active in experimenting with these trains of the future. And in spite of a first positive test with passengers on board, the latest news informs us that they will continue to plan on the transport of goods only. Hyperloop is in fact not without its criticalities. A near-supersonic, environmentally sustainable train, capable of overcoming seismic activity and possible overheating of the tracks, couldn't help but have some intrinsic problems as well. First and foremost are burdens of the regulatory and safety standards, the latter not guaranteed by the natural instability of the vehicle. In fact, electrodynamic levitation technology still causes too much uncontrolled vibration of the capsule.

The research, however, does not stop, although far from the initial estimates of Musk, who had calculated an expenditure of implementation of the project at around $6 billion. The latest figures mark an actual spending figure that would be around $68 billion.

From Los Angeles to San Francisco, from Rome to Milan, from Abu Dhabi to Dubai and the Central European capitals of Budapest, Bratislava and Vienna: there are many routes already hypothesised, which make travellers from all over the world dream. And despite the very difficulty of drawing up a definitive "budget", the technological and entrepreneurial challenge is still on the table, while investments keep coming in.

Four exhibitions in as many cities, plus the recently inaugurated museum in Dubai, use multidisciplinary (and unconventional) approaches...
By Valentina Silvestrini
Podcast  |  Transports

Before 1994, Great Britain and the rest of Europe had always been physically separated – well, unless you count approximately one million years...
By Gianluca Cedolin
Focus On

Bring supersonic travel to skies all over the world and make it accessible to the broader public, but also sustainable on an economical and...
By Daniele Monaco
Focus On  |  Interview