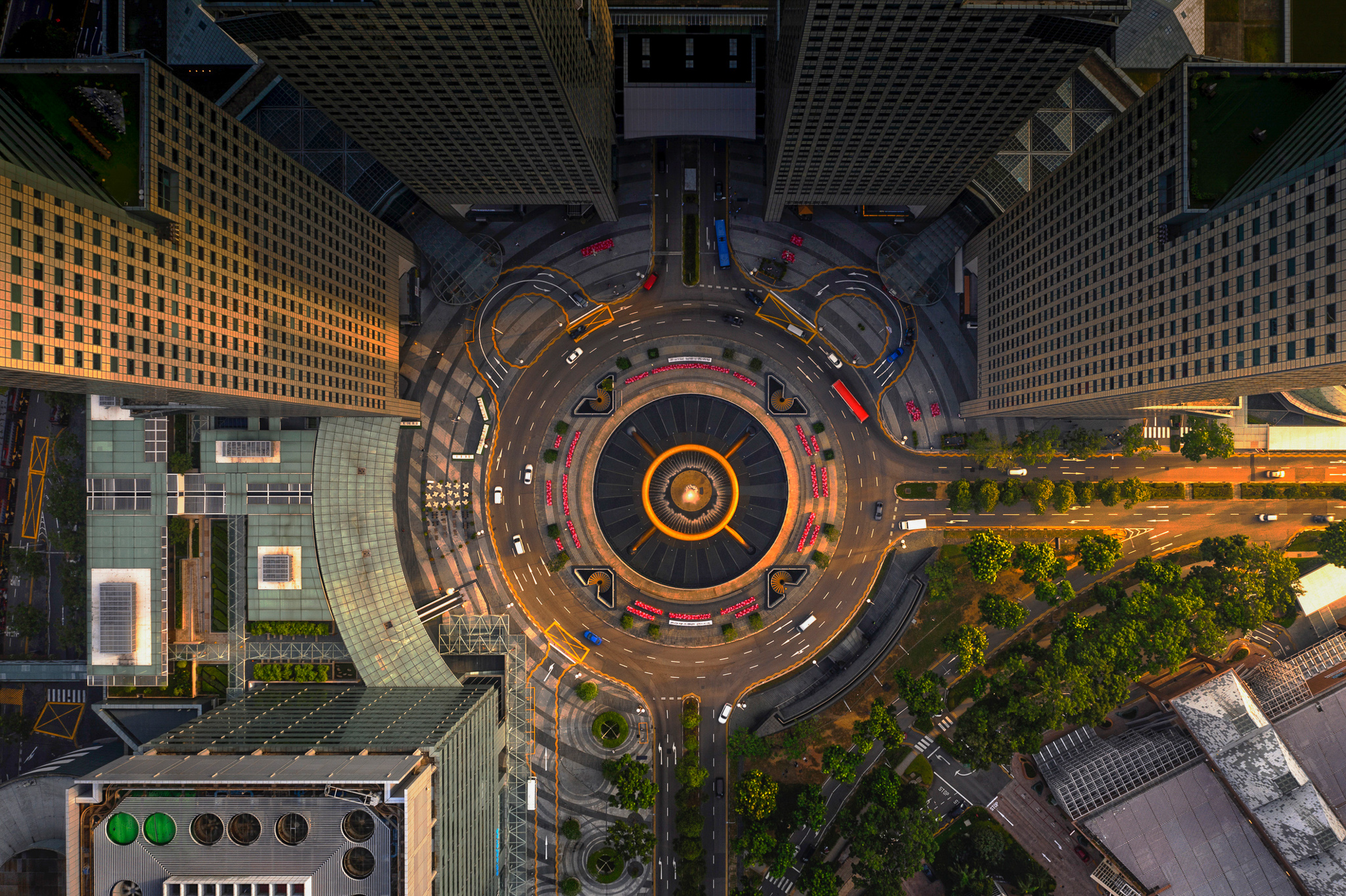 Singapore implemented the Electronic Road Pricing (ERP) system in 1998, the next step will be a satellite-based system for road pricing

The urban traffic demand was affected by lockdowns worldwide, but congestion charge as a remedy was all the same maintained, reinforced and is even ready to be newly implemented among some of the biggest cities*

All around the world, cities have been tackling traffic congestion in different ways, such as charging systems, widening roads or building new ones, empowering public transportations, cycling and walking. While many efforts were done to encourage a shift towards sustainable transportation, and the effect of pandemic on traffic habits has yet to be evaluated at full, traffic congestion is still a topic pendant on debates over mobility.

On the back of a slowing global economy due to the advent of the coronavirus pandemic, worldwide car sales fell to 63.8 million units in 2020 and are expected to grow to around 66 million automobiles in 2021. This downturn happened as annual sales were close to 80 million vehicles since 2017, and global demand rose significantly since the 1990s.

Alongside the actual change of habits by commuters in the short term, many cities worldwide experienced a dramatic fall of traffic as the lockdown restrictions became effective. Nonetheless, faced with the flood of cars, governments have attempted to improve mobility of citizens for decades. What lessons can be learnt from experiences of different cities?

This frequently leads to costly infrastructure projects, however, the effects of the “induced demand” are to be taken into account: that is, essentially, new roads creating additional traffic, which in turn causes them to become congested all over again. A new highway may actually relieve traffic jams for a while and make quicker trips, but these improvements change people's behaviour, with drivers congesting new attractive routes, once found.

This was the case in Houston, Texas. The expansion project of Katy Freeway with its 26 lanes was completed in 2011 and cost US$2.8 billion. Not long after, however, congestion actually worsened. A 2014 analysis by City Observatory found that compared to 2011 levels, morning commute times increased by 30%, while afternoon commute times increased by 55% – so much for reducing congestion.

In European cities the complexity of road projects is worsened by their age and ancient street patterns. Thus, administrations tend to be most progressive when it comes to reducing and relocating road space for other types of transportation. Zurich, for example, deliberately slowed its road traffic, while Paris has pursued a policy of expanding space dedicated to buses, bicycles and pedestrians. More solutions were taken in London, Singapore and New York.

Since 2003 the city of London has implemented a Congestion Charging Zone in the attempt to turn away motorists to other means of travel. Vehicles entering from 7 a.m. to 10 p.m every day except from Christmas Day, are charged a flat daily fee of 15 pounds (ca 17,60 euros). Thus, the number of private cars entering inner-city London fell by 39% between 2002 and 2014 and traffic volume in the charging zone in 2017 remained 22% lower, in comparison to a decade earlier.

Shortly after the first wave of pandemic, traffic demand in central London remained suppressed in comparison to the London-wide recovery of volumes. Weekly car entries fell by 46 per cent in the week following the lockdown announcement, in the end of March, 2020, recovering to around 15 per cent below prepandemic levels by the end of August.

Recovery was not uniform across the week, with car entries during prepandemic charging hours largely recovering, but car entries during the extended charging periods on weekdays and weekends remaining around 60 to 70 percent of pre-pandemic levels. This is likely due to social distancing measures limiting leisure activities, but also the temporary changes to the CCZ scheme.

Meanwhile, in October, 2020 the travel demand for the London Underground was still at 35 percent of pre-pandemic levels and at 55 per cent for buses. The last published report by Transports for London outlined the risks of a car-led recovery and concerns about negative externalities (pollution, road dangers) or the ability of London’s limited road capacity to cope.

This happened while CCZ had produced a shift toward public transportation, in pre-pandemic years. In 2017, 45% of journey stages in London were attributed to travelling by bus, tram, underground and rail – +10.5% compared to early 2000s. Additionally, cycling experienced significant growth, with 727,000 trips made per day in 2016 – +9% in comparison to 2015.

But London’s congestion charge has been showing signs of age. Traffic speeds became slower over the years. With 227 hours lost per driver in 2018, London ranked as the 6th city in the world for time lost in traffic. Delivery vans on London's streets and private-hire services have seen an explosion. Another challenge is the reduction in road space, due to temporary construction works, as well as space relocations aimed to improve facilities for cyclists, pedestrians and taxis.

Anyway, the administration has doubled its bet on traffic limitations. Private-hire vehicles are no longer exempt from paying the congestion charge. Also, an Ultra low emission zone (ULEZ) was put in place in the central boroughs, aiming to improve air quality. Vehicles entering the zone that don’t meet emission standards will pay an additional 12.50 pounds (14.10 euros). After coming into force on 8th april, 2019 the ULEZ was extended wider in October, 2021.

The city-state authorities of Singapore had an innovative approach to managing road usage and have implemented a set of aggressive anti-congestion policies, while population density has soared 75% rise compared to 1990s, reaching 8,000 inhabitants per km2 in 2017 (7,500 in 2021, according to local data). Car ownership is controlled through a quota system introduced in the 1990s. Car buyers bid for Certificate of Entitlement (COE) – the right to car ownership and usage of road space. Its cost is determined by demand and supply for vehicles, meaning that if demand is high, COE could become more expensive than the car itself. As they were paying, many people felt they should use their car as much as possible, hence the traffic congestion worsened.

Electronic Road Pricing (ERP) system implemented in 1998 was a breakthrough. It functions on the “pay as you use” principle to manage traffic demand. ERP platforms equipped with sensors and cameras are positioned at entry points to particular zones of the city. Each car has an in-vehicle unit with a cash card. When passing through the platforms, drivers are charged different rates depending on the time of the day and the level of congestion on roads. This makes them reconsider their time of travel, route or transportation mode.

Also, a satellite-based system of road pricing is scheduled for 2025, and will upgrade the current ERP, with no more need for large gantries in various parts of the city. This evolution was supposed to take place at the end of 2020, but the pandemic suspended the ERP and the subsequent microchip shortage convinced authorities to postpone it. Starting from 2023, drivers will have to install a new on-board unit enabling satellite-tracking. This will be completed thanks to a big investment. In 2016 the Land Transport Authority awarded a 407 million dollar tender to the consortium, to build the next generation ERP.

Following the example of London, New York is discussing to become the first US city to implement congestion pricing. The idea itself of congestion pricing was born here, by William Vickrey, a Nobel Prize winner and Columbia University economist who proposed the concept of charging drivers to reduce traffic back in 1959, according to The New York Times.

Congestion charging would affect all streets and roadways south of 60th Street in Manhattan, only with three exceptions. The exact price of the toll has not been set. But previous proposals suggested between 12 and 14 dollars per car and 25 dollars for trucks.

The administration of Governor Andrew Cuomo announced that the funds obtained from the congestion charge would provide a sustainable funding source of 15 billion US dollars over a period of 5 years, desperately needed to improve and modernise New York’s subway system. Moreover, the congestion charge should address several worrying indicators. As of 2018, average car speed had fallen to 4.7 mph, which is only slightly faster than walking, for example.

A 3,022 page document details what the Metropolitan Transport Authority is expecting from the company contracted for implementing the congestion pricing system. Among other things, it must be able to “detect and identify vehicles entering” the Central Business District below 60th Street, by their class and size. It must incorporate “optical character recognition” technology to be able to read license plates and identify vehicles.

Last September, a 16-months long environmental assessment was kicked off. This may be the final hurdle for the congestion charge in New York and, after that, the administration is expected to define tariffs and exceptions. The current timeframe pushes possible implementation of congestion pricing until after the 2022 gubernatorial election.

* this post updates a previously published story on Infrastructure-channel.com

Technologies, competencies and purposes are converging in Valencia to achieve a more inclusive and sustainable traffic management:...
By Infra Journal Newsroom
Cities  |  Mobility

It is a distributed capillary system that is preparing to govern urban agglomerations in the near future. The "Fifteen-Minute...
By Giulia Zappa
Cities  |  Mobility

Rome, Naples, Milan. The Italian way to Mobility as a Service (MaaS) passes through this metropolitan trio that won the government tender...
By Sofia Fraschini
Cities  |  Sustainability