Technology and governance: how cities make optimal use of Big data - InfraJournal 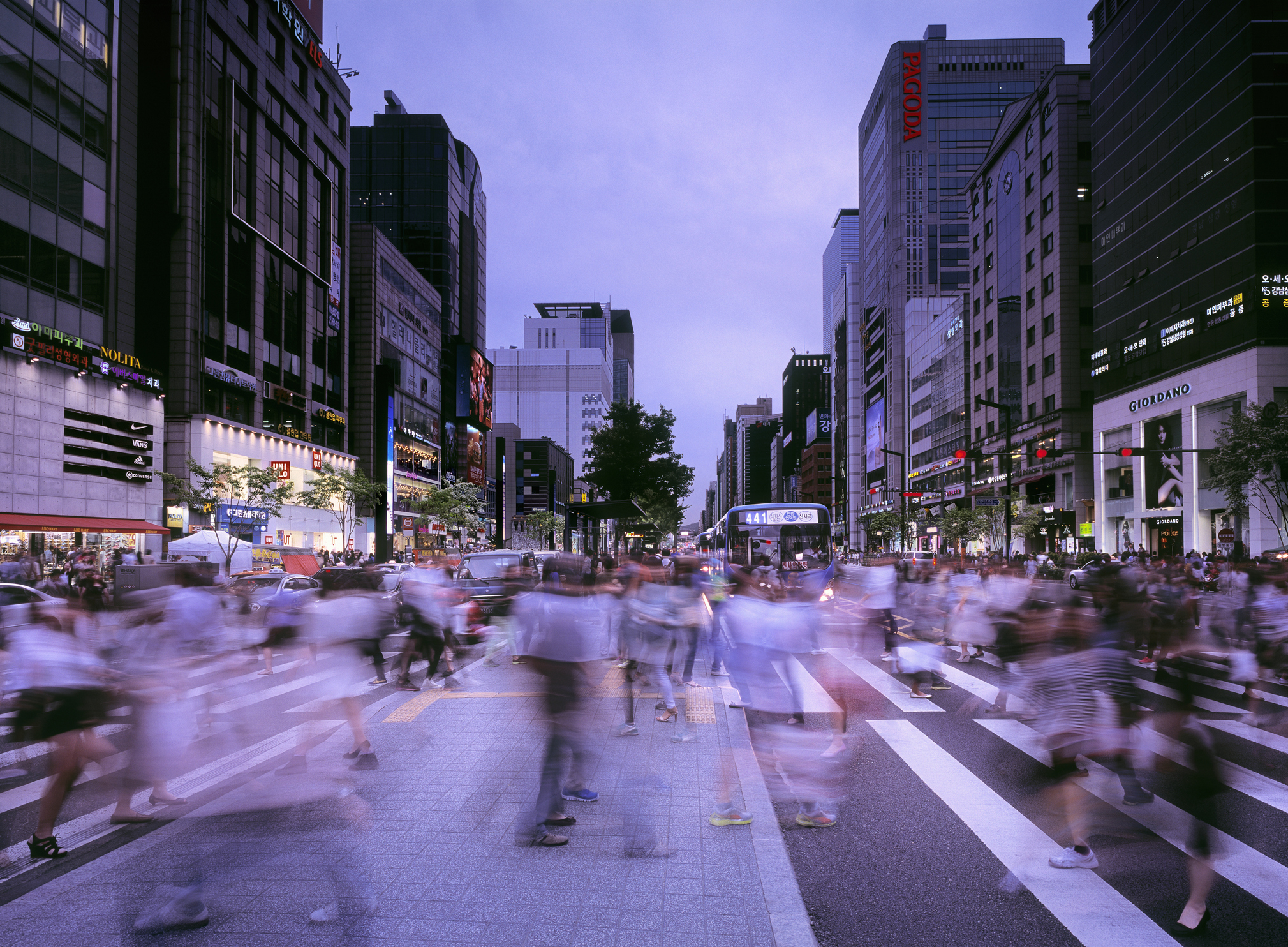 The experiences of Barcelona, London, Paris, Seoul and Singapore demonstrate how the huge quantities of data generated in big cities can be used by digital platforms and analysis systems to provide services to citizens and improve decision-making processes

A city is a set of streets, buildings, infrastructures and people. But in a world with 50 billion connected devices, a city is also a layer of accumulated information. 40 thousand billion gigabytes of data are generated every year, and it is this intersection that gives rise to the idea of the smart city: the city that uses this flow to benefit citizens, to correct things that don’t work, to identify unexpressed needs and evolve. The key idea in this crossroads of potential and requirements is transformation: in 2015 the UN identified data as a key resource for its Agenda for Sustainable Development. Cities are in the vanguard of this transition, because they are both the problem and the solution: half of all human beings now live in a city, and by 2050 that figure will be seven out of ten. If cities are not to collapse under their own weight, they must evolve, making more intelligent use of space, time, energy, and people, becoming “smart” not for the fun of it, but as a key tool for survival.

Barcelona is one of Europe’s pioneering cities when it comes to the use of data, with a grid of sensors making information on everything from energy to noise, traffic and water consumption available to the public and to private entities. Mayor Ada Colau gave a major thrust to the process in 2015, calling on programmers and developers to transform the city's digital infrastructure into a democratic tool. The first result was a public platform where citizens could submit proposals for digital development: 40 thousand suggestions were received. Recent applications include the fight against energy poverty. This is a problem every major European city must face, but Barcelona is addressing it in an innovative way, cross-referencing data on economic vulnerability to prevent people who cannot pay their bills from getting their utilities cut off, and directing surplus energy accumulated by the city’s photovoltaic grid towards them. This is a model of how data can be used in governance: reading the social fabric to prevent a problem from turning into a crisis. Barcelona is also experimenting with application of AI and machine learning tools to prevent road accidents, making it possible to find out where, when, how and why accidents take place in real time, develop the capacity for prediction, and send traffic control agents or slow down traffic where the data indicate accidents may occur.

London is another European data centre. Ten years ago the city launched the London Datastore, an open data project bringing together more than 6 thousand datasets of all kinds on a single platform made available to citizens, companies, developers and researchers: anyone with the ability to identify problems and propose solutions on the basis of numbers. The results of this work include the London Rents Map, used by 85 thousand citizens a year to compare real estate prices in the neighbourhoods of one of the world’s most expensive cities, and a public School Atlas. The data have also produced a Cultural Infrastructure Map, a map of places of culture used to protect venues, community halls, little theatres and places for playing music. London also has a chief digital officer and a data commission, a public organisation supervising this vast amount of information to make sure it is used appropriately, and usefully. One of the sources of collection and distribution of the greatest quantities of data is the city's huge public transportation grid, which sends the system 5 billion items of information a day about the city’s buses, metro lines and streets, converted into customised messages for users about the lines they use most frequently. Transport for London, the company responsible for public transportation in the city, can now recommend to users that they could enjoy a more comfortable, safer voyage by simply moving their schedule ahead or back by five minutes. The same information is used for schedule planning, station construction, staff allocation, and opening and closing of passenger barriers.

One of the pillars of the work of Paris mayor Anne Hidalgo has been democratic use of digital technologies. She has given the city government a smart city team, and launched a participatory budget in which 5% of the city’s funds can be spent on projects proposed by citizens through an online consultation process. The epicentre of all this activity is the idee.paris.fr website, a place where the city government meets with the citizenry, not only to collect proposals but to conduct participatory planning on all levels, from redevelopment of the Notre-Dame area to review of town planning regulations. “Collective intelligence is our greatest strength for building a just, progressive, sustainable city,” says Hidalgo. The mayor has entrusted an important part of her ambitious energy and climate plan for reducing emissions to Cisco. Paris has launched a programme with the American company for benchmarking the energy consumption of public and private buildings in order to monitor examples of efficiency for systematic application and identify areas of action for preventing waste. The research is conducted with hundreds of sensors constructed specifically for the project and interconnected through the Internet of Things.

Seoul is a city that is “built on data” and is attempting to use it to correct the problems associated with its rapid post-war urban development. The first step in the transformation was dismantling the silos-type logic that kept the city government’s data divided into separate compartments. Then came the creation of the Seoul Open Data Plaza, a portal offering public access to more than 5 thousand datasets, including those produced by the city’s vast network of sensors, monitoring everything from fine particulate emissions to wind direction, noise levels, and traffic flows and speeds. A local research department has estimated the economic value of this data made available to the public at 1.5 billion dollars. The Open Plaza has led to creation of almost 200 apps for a great variety of purposes. One of its most significant applications has been creation of a digital security network for elderly members the capital city’s population, representing 27% of its citizens, which cross-references data to alert emergency services if an elderly person living alone is unwell.

Singapore is the world’s most advanced example of a smart city, but also of the risks involved in digitalisation of the citizenry. Monitoring of 500 thousand observation points makes it the city subject to the world's most intense surveillance. The Smart Nation Initiative implemented by the southeast Asian city-state cost 1.7 billion dollars. The tools implemented include real-time management of traffic flows, permitting a highly sophisticated system of rates in which the cost of travel depends on the neighbourhood, day, time and traffic conditions. Management of these flows has allowed the city to reduce the number of excessively crowded buses by 92%. The level and quantity of data accumulated have made Singapore a world hub for experimentation with driverless vehicles. As in Seoul, use of data and artificial intelligence in medical care has been directed toward the ageing population. Chatbots communicate with seniors, and the Smart Elderly Alert System monitors the vital parameters of seniors who live alone and notifies caregivers in the event of a problem or an emergency.

What if we’ve been in the metaverse already for some time?

Among the headwords nominated for the Oxford Dictionary 'word of the year' for 2022 was also 'metaverse' and that is not very surprising....
By Federico Gennari Santori
Cities

There’s more and more talk of “smart cities” these days, but the term is often used incorrectly or too vaguely, making it hard to understand what a...
By Infra Journal Newsroom
Cities  |  Sustainability

The prospect of living in a smart city is becoming a more and more concrete possibility year by year for an increasing number of...
By Infra Journal Newsroom
Mobility  |  Space

What concrete impacts will the metaverse have on the way we move? Ever since Mark Zuckerberg made it to the headlines by renaming his company Meta,...
By Federico Gennari Santori