The Vertical Forest: a concrete utopia for the world, from Milan - InfraJournal 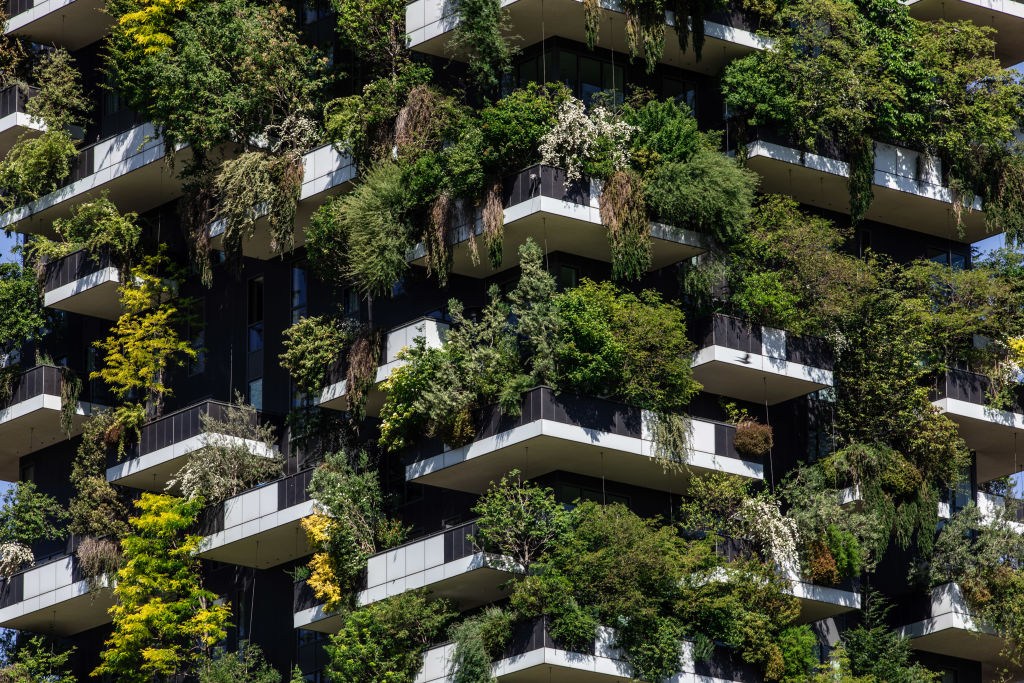 A detail of the so called Bosco Verticale (Vertical Forest), a pair of residential towers designed by Italian architect Stefano Boeri and located in the Porta Nuova district

The Vertical Forest: a concrete utopia for the world, from Milan

An archetype of multispecies architecture, Stefano Boeri Architetti’s iconic Bosco Verticale building is the first Vertical Forest, designed from an inclusive perspective focusing on coexistence of humans, flora and fauna as a new paradigm for sustainable urban development

It is the show-piece of innovative Italy, source of futuristic visions offering pragmatic solutions to the most important challenges of our times. An architectural prototype which, for once, truly deserves to be described as “iconic”! But it is also and above all as a symbol of convergence and conciliation that the Verticale Forest project begun almost a decade ago by Stefano Boeri and his studio in Milan has seduced a truly international public, conquered by the opportunity to harmonise human life with that of our natural environment even in the high-density constructions characteristic of our cities and metropolises. The project has now been replicated all over the world, seeming to demonstrate the model’s ability to be adapted and scaled to suit various local circumstances. Paving the way for the spread of a new way concept of architecture on a global scale.

Nourished with literary inspiration and, as we must acknowledge, emblematic previous examples, including some right in the city of Milan, in which gardens and green roofs are applied to residential architecture, the first Vertical Forest had a complicated genesis due to the scale of the challenge: nothing like it had ever been attempted before on such a vast scale. The architectural model incarnated by the Vertical Forest responds to demand of unprecedented intensity for nature in our cities, and does so by integrating plants, which grow on its walls not merely as ornamentation, but through the inclusion of projecting tubs that allow trees to grow suspended in the air at heights of up to 100 metres. In the Vertical Forest project, greenery becomes the façade, offering itself to the view of the inhabitants and citizens alike as a curtain wall that changes colour with the seasons. A living response to the mineral architecture of glass and concrete that we are used to seeing, capable of restoring our relationship with the plant kingdom and all the benefits it has to offer. And a revolution, as we will see, integrating management of greenery with “governance” of the building. “Rather than just a simple architectural object”, comments Stefano Boeri Architetti, “the presence of the plant component means that the Vertical Forest is more akin to a set of processes – partly natural, partly man-managed – that accompany the life and growth of the inhabited organism over time”.

The studio’s founders Stefano Boeri (in the picture below), Gian Andrea Barreca and Giovanni La Varra spent more than three years studying the feasibility of the initial project, financed by Hines in Milan’s Isola district, along with an interdisciplinary team including botanists, ethologist and landscape architects. The building’s potential for sustainability was apparent right away: incorporated into the very life of the building, the dense green curtain would act simultaneously on multiple levels of comfort, both bioclimatic and psychological. The first, most impressive and measurable benefit is energy efficiency, which is improved by lowering the temperature perceived inside the building in summer by about three degrees, as well as perceptibly mitigating the most rigid temperatures in winter. The green surface of diffuse foliage is maximised to absorb carbon dioxide, offering its services as a filter capable of subtracting 14 tonnes of CO₂ from the atmosphere every year while producing 9 tonnes of oxygen. The increased presence of flora has an influence on a more ephemeral but equally significant component: being surrounded by greenery, the inhabitants of the tower benefit from a tonic of inestimable value that improves their mood, augmented by improved control of lighting and lower stress levels. 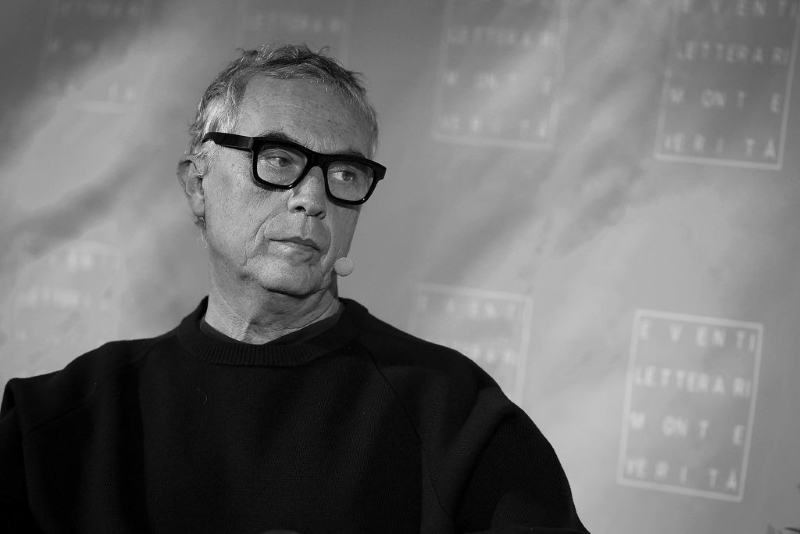 To make this minor architectural revolution possible, irrefutable technical solutions had to respond to the prototype building’s ambition and potential for seduction. One very important challenge was how to bear all the weight. Such a large number of tall trees represents a major load on the building’s weight-bearing structure, which, as those who see the Vertical Forest as a greenwashing operation do not hesitate to point out, means greater use of steel and concrete reinforcement, the carbon debt from which is not even compensated by the building’s oxygen production. To minimise this weight, specific measures were taken to reduce the specific weight of the soil without impacting the growth of the trees, which were selected by landscape architect Laura Gatti, who was in charge of the landscaping of the Vertical Forest.

Another issue was the water supply, complicated not only by the sheer amount of water required but by the height it had to reach. The system for filtering rainwater from the towers was oriented toward the specific requirements of irrigation, while the plants’ water requirements are monitored by a probe system with remote digital control.

The effects of this new approach will be sure to have an impact, supported by the impressive figures on the building’s new green population. The first Vertical Forest, Milan’s Bosco Verticale, identified as the “prototype building”, was built in 2014, with two towers measuring 110 and 76 metres in height. The plant species populating the towers may be divided into trees, shrubs and flowers, a total of 20,000 plants and 900 trees measuring three, six or nine metres in height. The greenery on the building’s vertical surface is concentrated in 3,000 square metres of urban land: the equivalent of 30,000 square metres of horizontal woodland and undergrowth. This is an essential condition for avoiding the risk of “urban sprawl” that Stefano Boeri has had so much to say about: intensifying urban population density while mitigating the resulting compromised living conditions with the presence of nature is in fact an essential condition for preventing our suburbs from gradually spreading out, contributing to the process of soil consumption which has led, in Italy and elsewhere, to a drastic decrease of available land, especially arable land.

Effects on the urban environment

While the Vertical Forest is, as we have seen, a building that breathes, its virtuous effects are not limited to densification of greenery in a small area, but extend into the ecosystem surrounding it. Far from a mere aesthetic whim, the greenery of the Vertical Forest helps break up the harmful effects of what are known as “heat islands”, spots in our cities where, in the absence of demineralising and breathable soil and with insufficient plant cover, temperatures rise particularly high, with a potentially lethal impact on particularly fragile inhabitants.

The benefits are not limited to human comfort, but represent an excellent example of the “multispecism” which, after being invoked by philosophers and intellectuals, is now turning out to be a winning strategy for protecting a biodiversity that is increasingly under attack. At issue is the well-being of all other living species which continue to exist, often invisibly to us, in even the most densely populated urban environments: in addition to over 100 plant species, Bosco Verticale hosts a wealth of biodiversity including birds and insects, repopulating what Boeri called “a home for trees that also houses humans and birds”.

The development offers benefits for the community in the form of the urban landscape. The green walls of the Vertical Forest have become a new landmark, winning numerous international awards, creating a new visual dimension for the citizenry and making a major contribution to the redevelopment of the Porta Nuova area, or its gentrification, as critics might say.

A model that sets an example

So who can afford to live amid the foliage of Bosco Verticale? An élite community of the super-rich, its detractors say. But the many replicas of the Bosco Verticale that have sprung up all over the world don’t seem to be particularly élite places. Let us consider the example of the recent Trudo Vertical Forest, the first Bosco Verticale social housing project, in Eindhoven's famous Strijps-S district, home to the former Philips factories, the driving engine behind the city’s economy. 75 metres tall, with 19 floors, the building now contains 125 residential units made available exclusively to young people at low prices. Demand has well exceeded supply, an important indicator of the project’s appeal, and a lottery had to be held to select the lucky tenants.

A new territory of experimentation for the future evolution of the Vertical Forest, Vertical Foresting takes place in China, where Stefano Boeri Architetti has an office, and where the suggestion offered by the Vertical Forest has met with a great reception, given the population density and pollution problems afflicting the Asian giant. Other countries, from India to Egypt, from Brazil to the United States, are also experimenting with the model, giving it different forms depending on the local flora and fauna and the planning requirements of each specific urban system. Demonstrating the resilient potential our metropolitan environments can incarnate, despite the significant stress tests they are undergoing. “It is in the cities that we must find the solutions for inverting the mechanisms that are leading us to self-destruction,” Stefano Boeri says. “It is up to architecture to create spaces for coexistence of biological and cultural diversity, spaces that intensify relationships, spaces that multiply life.”

We called it the “asphalt jungle”. Today, on the contrary, we want it greener and greener. Compounded by the worsening of air quality and, more...
By Giulia Zappa
Sustainability  |  Cities