Cities take on the climate crisis: three stories from the Anthropocene - InfraJournal 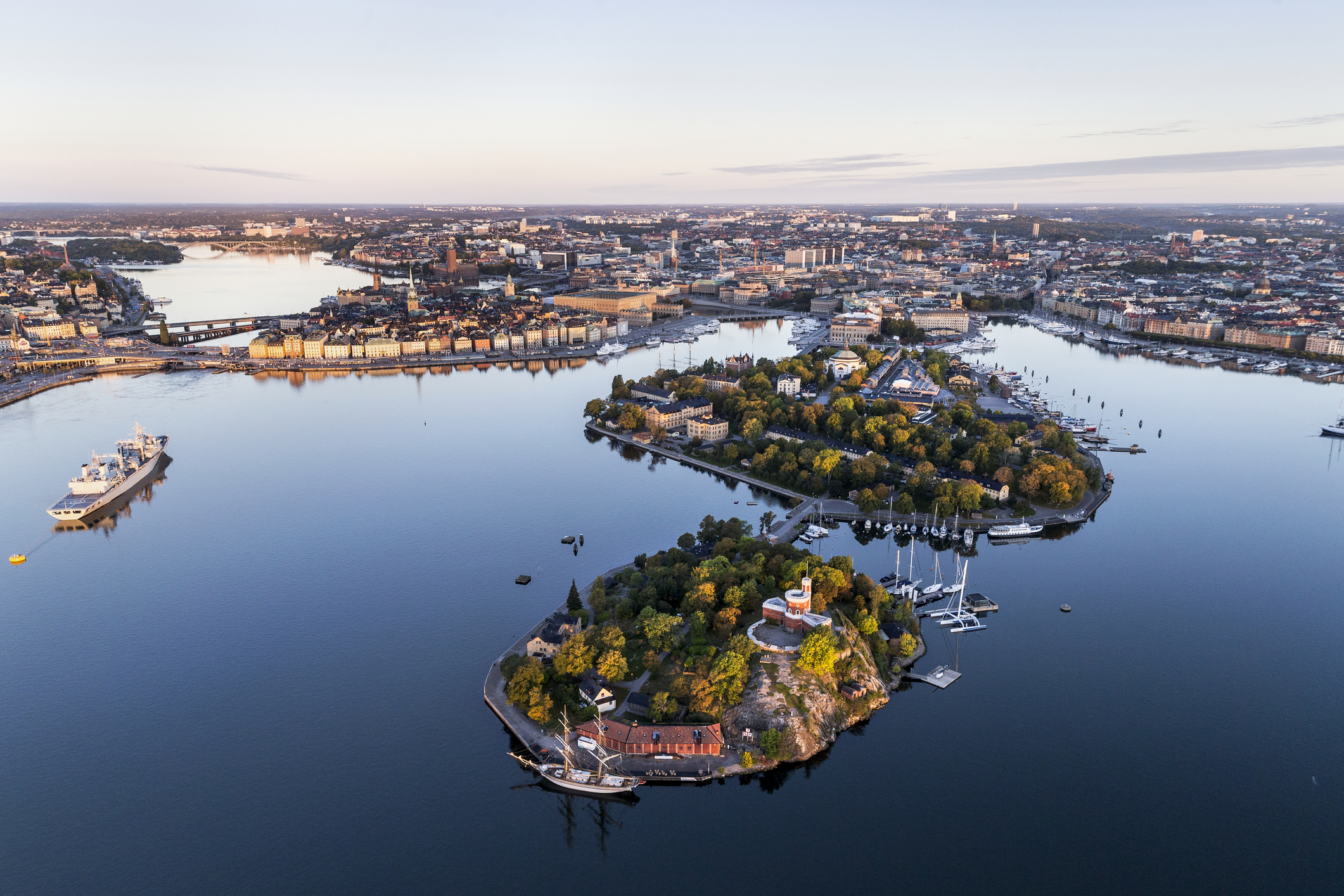 Stockholm has an ambitious plan to become carbon-neutral by 2040

Urban centres do not necessarily have a destructive impact on nature and biodiversity. Cities like Shanghai, Stockholm and Prato are attempting to reverse this paradigm, demonstrating how green infrastructures can help in facing environmental challenges, such as flood management, pollution reduction, climate resilience and public health

More than half of the world’s population, 55% to be precise, lives in urban areas. This figure was 30% in 1960, and it will be 70% by 2050, according to a forecast in the United Nation’s World Urbanization Prospects 2018 report, frequently mentioned by the media. In the Anthropocene era, and with the world pandemic still in course, the magnetic appeal of the city lives side-by-side with an awareness that the impact of global warming imposes a decisive change of direction in urban development models, or at least the way we have perceived them during the 1900s. We are now aware, with varying degrees of alarmism, that the issues that afflict the ecosystem of the city can impact not only our quality of life but also the very concept of the liveability of the place in which we live. Rising water levels, particulate matter, urban heat islands and the erosion of biodiversity are all threats that we are facing today, and they could become even more of a concern tomorrow. While our everyday life may still seem to maintain that facade of reassurance it had in the past, the debate on solutions that can unite urban development with sustainability continue to advance, involving people and institutions, from international organisations to governments and local communities, on many different levels.

At the same time, other leading-edge solutions aimed at achieving an eventual reconciliation between the size of a construction and the natural order are also gaining ground, with many cities now becoming the trailblazers of virtuous solutions. In this article, we want to tell you the story of three of these cities - Shanghai, Stockholm and Prato – to demonstrate how each one, starting from their specific contexts, size and differing scales, seeks an answer to these problems through innovative projects that could change the lives of each and every one of us in the not too distant future.

We begin our tour in Asia, a continent that has already been affected by climate change, particularly in terms of rising sea levels and the subsequent floods in coastal areas. Between Pakistan, India, Bangladesh, China and Indonesia, there are many cities facing the threat of becoming partially or even completely submerged by the rising oceans. A risk that becomes even more difficult to manage in every high-density urban area along the coast. This is the case in Shanghai, the second largest megalopolis in China, with 25 million inhabitants – according to official figures, but estimated at 30 million if you take into account unofficial residents – which is already in a standoff with these unprecedented ‘high tides’. This immense urban conglomerate is already used to adopting draconian measures to mitigate the impact of pollution. In fact, just ten years ago, the notorious air pollution problem was ‘resolved’ by relocating the entire heavy industry sector 200 kilometres away. Today, in Shanghai, masks and air purifiers have now become the norm, but the concentration of fine dust and the grey mist of smog has significantly plummeted.

However, for several years the principal challenge has been building a barrier to keep out the rising sea waters that surround and transverse the city, also in light of the Yangtze River, one of China’s major water courses. Again, in this case, Shanghai did not opt for half measures. In fact, the Chinese government is building 520 kilometres of anti-flood barriers in Hangzhou Bay, in the southern region of the megalopolis, which also surrounds the islands of Chongming, Hengsha and Changzing. Inspired by a model similar to that of the Mose project in Venice, one of various case studies that was examined when planning this infrastructure, these mobile floodgates have been installed on three dams to help reduce water levels even further, a project based on a case study of the Maeslantkering storm surge barrier in Rotterdam.

Another parameter that has to be evaluated is the incidence of precipitation. Shanghai is not only a mere 3.5 meters above sea level (this varies depending on the area), but it is also hit by two or three typhoons a year. It is from here that the Chinese government has studied a model for the entire country, which is progressively being implemented also in Shanghai: the concept of the ‘Sponge City’. In the face of rising and increasingly intensified rainfall, the urban territory is being made as flood proof as much as possible, i.e. the impermeable tarmac on the city’s surface is being replaced with surfaces that can absorb the stormwaters into the ground. This method not only helps to prevent the flooding of sewers and water channels but also prevents the formation of heat islands in the summer, particularly in areas where there is scarce forestation and the city floor extends over large areas with no space for soil, allowing for a more efficient exchange of humidity.

From Asia, we return to Europe, more specifically Prato, in Tuscany, a provincial city with an extremely strong identity, tied to the famous local textile industry in its years of economic success as much as in its crisis periods. In this case, it is precisely sustainability that the Tuscan city has courageously chosen as a starting point for its recovery plan: envisaging a low-impact future, capable of driving a new form of social inclusion based around this green vision. With the Prato Urban Jungle project, the city is investing in four pilot sites (three public and one private), transforming them into eco-friendly systems with a high-density of greenery. Through the use of greenified walls and rooftops, collective gardens and replacing concrete with nature, the Prato jungle is transformed into a system that can reduce pollution, favouring a new form of well-being for its citizens.

In the first pilot site, designed by Stefano Boeri Architetti, the company Consiag Estra will find itself with a facade enriched with shrubs, tall trees and climbing plants that will mitigate the impact of the intense surrounding traffic; a move that will also improve the liveability and energy performance of the building. Whereas, in the densely populated residential district of San Giusto, in the social housing area, 1.600 square metres of paving will be transformed into a natural drainage surface, while the facades will be greenified and new gardens will be created, increasing social spaces for the residents. The plans also include a new marketplace that will be built inside a disused warehouse. As well as the greenification of the façade, there will also be constructing a large air factory, based on the botanical filter model developed by Stefano Mancuso. Finally, the shopping centre will be flanked by a high-yield urban greenhouse that will produce zero-mile vegetables, with a restaurant area open to the public. However, this is not a project that came from the upper echelons of government, it was designed together with the citizens through co-planning initiatives, aimed at individualising solutions that are closer to the real needs of the local residents, promote cohesion and maximise the benefits for the parties involved.

The final stage in our journey is Stockholm. Driven by an ambitious plan to become carbon-neutral by 2040, the Swedish capital is experimenting a number of virtuous construction models on its new buildings. These experiments are focused within the Stockholm Royal Seaport area, where they have created 12.000 new habitations and 35.000 offices, all based on the principles of the circular economy, eco-friendly waste management and energy efficiency. The urban development model is centred on inclusivity and gender mainstreaming, facilitating the full participation and liveability of the urban spaces for female residents. Another fast-tracked change is the electrification of the vehicle fleet, which ranges from the introduction of user incentives to the purchase of electric vehicles for both public and privately-owned transport.

Those who seek good news about the climate crisis have a place to look for it: the third part of the sixth IPCC Report, the one devoted to...
By Ferdinando Cotugno
Sustainability  |  Cities

We called it the “asphalt jungle”. Today, on the contrary, we want it greener and greener. Compounded by the worsening of air quality and, more...
By Giulia Zappa
Sustainability  |  Cities