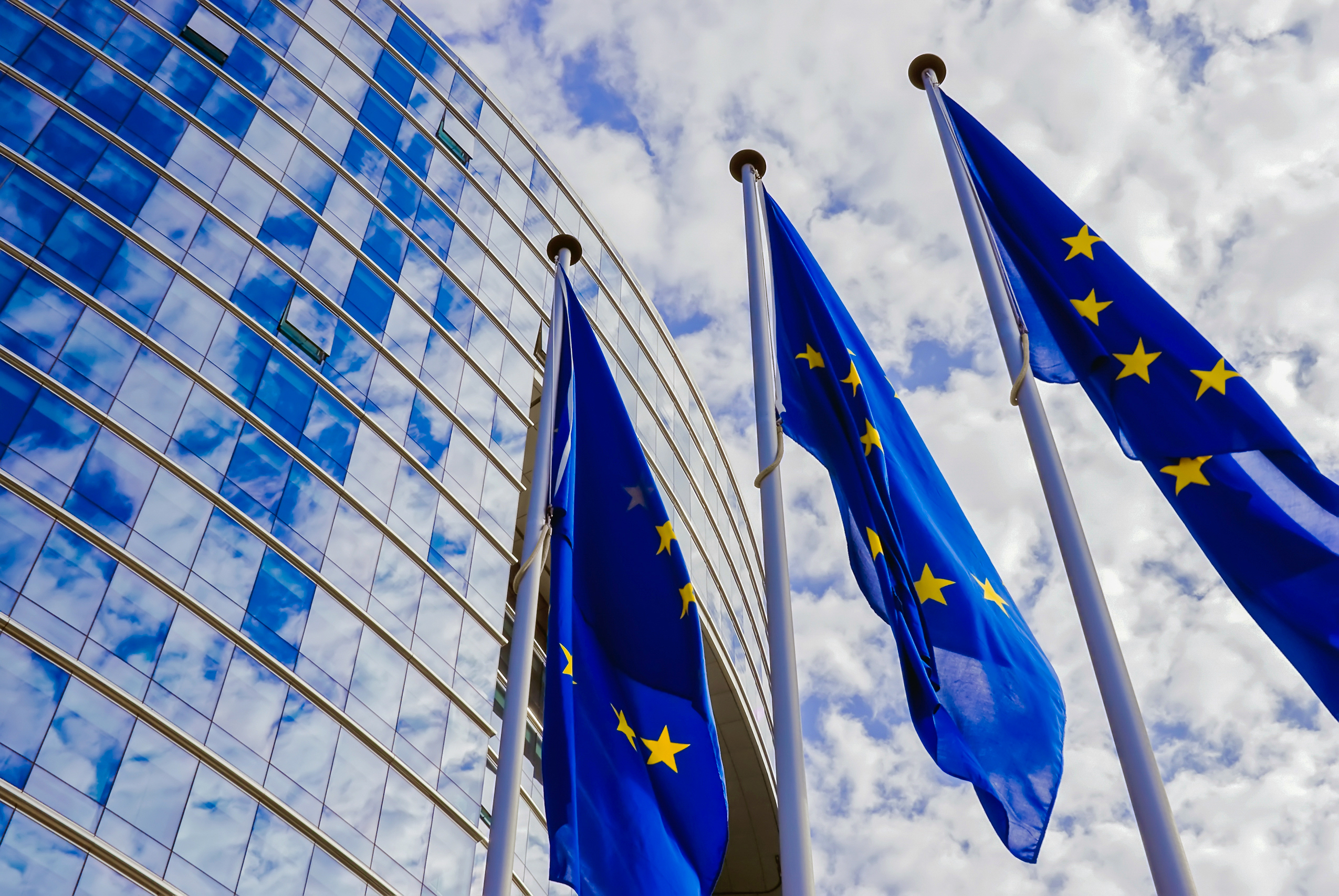 The European Commission headquarter in Bruxelles

The new European Urban Mobility Framework addresses mobility issues in 424 EU cities, as one of the key updates to Trans-European Transport Network (Ten-T), approved by the EU Commission. This whole package of actions, amendments and recommendations has the potential to kick off wide improvements for mobility among the member states

At the end of the year 2021 the European Commission adopted a package of proposals for improvement of smart, sustainable mobility in the European Union, creating a corpus of legislative initiatives, actions and amendments which, when passed, will contribute to the digital and green transformation under way in the transportation sector and help achieve the goal set in the Green Deal of cutting polluting emissions caused by transport by 90% over the baseline level of the year 1990 by 2050.

Cities as nodes in a modern network

Cities have an essential role to play in this initiative, which supports Strategy for sustainable smart mobility through a series of regulatory and operative measures targeting governments, markets and infrastructure. 70% of all Europeans live in cities, which account for more than 23% of all the greenhouse gas emissions generated by the transportation sector. And the Commission's communication on the New EU Urban Mobility Framework offers a group of 424 mid-sized European cities guidelines on how to use the Sustainable Urban Mobility Plan (SUMP) on the basis of the new, stricter requirements of the Trans-European Transport Network (Ten-T) to participate in the green and smart transition.

The theatre of operations is Ten-T, a network of roads, railways, internal waterways and short maritime routes connecting the 424 cities involved in the new mobility with ports, airports and railway stations in the European Union, divided into nine main "European corridors". The proposed review of the Ten-T regulations updates the 2013 version and focuses on railway, river, and port infrastructure, intermodal exchanges and alternative supply networks. This key to the initiative will be flanked by a plan of action for railways, development of smart transportation systems and the abovementioned new framework for urban mobility.

On this final point, in 2022 the Commission will propose a recommendation to member states to come up with national programmes supporting the cities asked to develop new, more ambitious SUMPs by 2025. Under the current Ten-T, adopting a sustainable urban mobility plan is a voluntary commitment, while almost one out of every four cities (94) that will be involved in the new Urban Mobility Framework is in Italy. This envisages new infrastructures for sustainable and micro-mobility, climate-neutral forms of public transportation, stations connected by ride sharing services and urban fleets with zero emissions to cover last-mile logistics, guidelines for taxis and car hire with drivers, along with multimodal hubs and digital traffic management solutions and services.

Mobility as a Service

In the tech field, the new European Urban Mobility Framework refers to the development of Mobility as a Service (MaaS) applications through collection and processing of sensitive data at the commercial level in a common European data-sharing space, along with further development of other initiatives for sustainable mobility, such as Civitas. The MaaS market is one area in the transportation sector that is sure to grow: expected to be worth 247.5 billion euro world-wide by 2027, it has been growing at an aggregate annual rate of +23.2% since 2019, according to Research and Markets analysts. The Commission will conduct a Europe-wide study in 2022 to map and clarify which digital solutions will be available for activating low emissions areas and other traffic-restricted, user-friendly zones in our cities.

The European Union has 500 restricted traffic zones, 73% of which were set up to reduce emissions, but they do not seem to have helped clear up traffic jams, and the current cost of urban congestion is still 180 billion euro a year. "The cities connected by European infrastructure are our economic powerhouses, but they must also be agile for residents and commuters. This is why we recommend a specific regulatory framework for sustainable urban mobility – to guide a faster transition to safer, more accessible, inclusive, smart mobility with zero emissions," explains Adina Vălean, Commissioner for Transport.

Digital innovation will be a powerful enabler, which is why the Commission proposes an update to the 2010 directive on Intelligent transportation systems (ITS) embracing the new options offered by applications and automations to take advantage of digitalisation in the road sector. This will apply in particular to services for sharing information on traffic conditions, starting with Ten-T and eventually throughout the entire road network, to the point of making ITS services obligatory throughout the EU.

The legislation proposed by the European Commission for development of the trans-European transport network (Ten-T) sets three deadlines a decade apart between 2030 and 2050 for filling in missing links, modernising the entire network and creating multimodal transport terminals, setting common quality standards, and eliminating bottlenecks and interruptions.

In the area of road mobility, the regulations proposed under the guidelines for the development of Ten-T involve deployment of recharging points for vehicles powered by alternative fuels, with sufficient refuelling capacity for automobiles, vans and trucks every 60 kilometres in each direction by 2025 as part of the central core of Ten-T. Use of 5G will help improve the efficiency, safety and resilience of infrastructure in the face of human, natural and climate-related disasters. The plan includes trans-shipping nodes, multimodal passenger terminals, and rail links with airports, high-speed wherever possible. The new quality and safety standards have the capacity to reduce the number of injuries and fatalities on the roads of Europe, according to the Commission: the external cost of accidents should decrease by about 3.9 billion euro in the years between 2021 and 2050, while the reduction in the external costs of inter-urban road congestion is estimated at around 2.8 billion.

The Ten-T plan of action aims to increase rail traffic, which generated less than 1% of the emissions caused by the transportation sector in 2019. The Commission will conduct 15 pilot tests by 2030 with the aim of promoting overnight, long-distance and cross-border rail lines. Trains of this latter type account for only 7% of the total number of kilometres travelled between 2001 and 2018, and Brussels is proposing a series of measures encouraging their use.

Beginning with more convenient tickets through multimodal ticketing systems, the subject of legislature that will be proposed in 2022, while contemplating continent-wide exemption from VAT. Prices will be reduced, thanks in part to greater competition among railway operators, on the basis of guidelines that will be submitted to the Commission to facilitate access to infrastructure. At the administrative level, new schedules and capacities will be proposed, with faster, more frequent cross-border service and amendments to redundant national technical and operative regulations.

The minimum speed of passenger trains will be160 kilometres an hour by 2040, 100 km/h for freight trains, which will have a maximum wait time of 15 minutes at borders. The European Investment Bank will supply 8.7 billion euro for companies wanting to purchase new rail cars and tools, according to Bloomberg.

The actions described in the revised version of the Ten-T Regulation alone will reduce CO₂ emissions by 0.3% by 2050, cutting the costs associated with air pollution by 420 million euro between 2021 and 2050. However, the measure must be viewed as part of a more complex framework involving improvement of the emissions standards for automobiles and vans and deployment of alternative refuelling facilities, in accordance with the proposed regulations for alternative fuel infrastructure. Sustainability mobility will in fact play a decisive role in achieving goals such as cutting greenhouse gas emissions in the EU by 55% and having a hundred climate-neutral cities by 2030, and the package adopted by the Commission is considered consistent with the strategy pursuing this goal.

Review of the Ten-T regulations will generate a GDP increase over the current situation of 2.4% (467 billion euro) by 2050 and promote creation of new jobs. The Commission estimates that greater investment stimulated by the Plan of Action could increase employment by 0.5% (840 thousand more jobs) over current levels.

Is electrification putting workplaces at risk? The answer is both "yes" and "no".  The shift towards the electrification of final uses of...
By Carlo Stagnaro
Mobility  |  Focus On  |

Investment in transportation infrastructure will play a key role in the success of the European strategy of the Green Deal:...
By Claudio De Vincenti
Transports  |  Business