The Panama Canal: "The Eighth Wonder of the Modern World" - InfraJournal 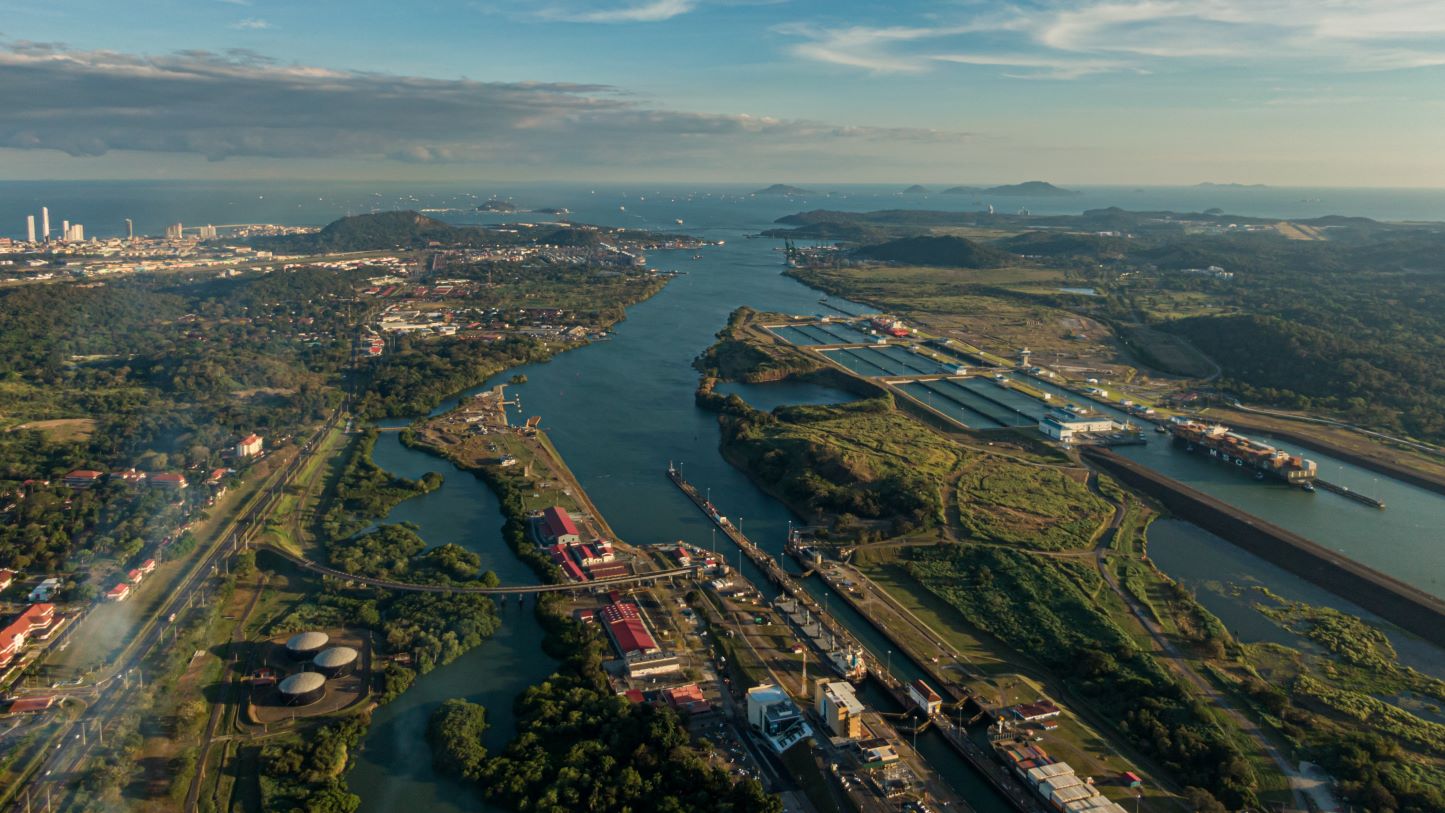 An engineering challenge overcome after four centuries, the story of the Panama Canal also intersects with the geopolitical history of Central America. A four-week voyage is reduced to a handful of hours

A sight above the Panama Canal

Until 1914, in order to move between the Atlantic and Pacific Oceans, ships had to reach Tierra del Fuego at the extreme tip of South America. Here a choice had to be made between crossing the Drake Channel, the stormy 800-kilometre-wide stretch of ocean that separates Cape Horn and South America from Antarctica, amid icebergs, waves and ice, or threading through the Strait of Magellan, the path nestled between the American continent and Tierra del Fuego, named after the Portuguese navigator who first circumnavigated the world. In both cases, it was a very long, dangerous and inconvenient journey.

That is why, as early as the 16th century, soon after Magellan's feat, the ambitious idea came about of creating a canal to cut Central America in two and connect the Atlantic and Pacific Oceans, an engineering and hydraulic challenge that was difficult even to hypothesise. It would take over three hundred years to actually begin work, and at least another fifty to complete the work, but in 1914 the Boston Steamship Company's SS Ancon, 9,000 tons of cargo, became the first ship to cross what the American Society of Civil Engineers calls the eighth wonder of the modern world: the Panama Canal.

The first to think of this were the Spanish conquistadores: Hernan Cortes wrote about it to Charles V, who in 1534 commissioned experts to study the situation. Between 1580 and 1587, under the orders of Philip II of Spain, Italian engineer Giovanni Battista Antonelli travelled the length and breadth of the entire Central American isthmus, eventually concluding that it was impossible to build a navigable canal. Three hundred years later (and several other failed attempts, when they were still on paper), on the wave of enthusiasm for the just-completed Suez Canal in Egypt, the French began planning the venture in earnest, in 1881.

To do so, they spared no expense, and put the best minds of the time to work: entrepreneur and diplomat Ferdinand de Lesseps, the man behind the construction of the Suez Canal itself, and then Gustave Eiffel, the engineer best known for the famous tower that still today soars into the Parisian sky. Despite the deployment of forces and money (more than $200 million), the venture failed, running up against a series of natural and technical obstacles. First, the tropical climate and diseases to which European workers were not accustomed: between malaria and yellow fever, some 20,000 died by 1889, the year the French company went bankrupt.

It's not only dangerous animals and tropical diseases that are sending the French dreams up in smoke, but also technical obstacles, starting with the Culebra, a mountainous ridge about 100 metres high that hinders the excavation of the canal from the Pacific side. Between dynamite and steam shovels, the French team excavated some 14 million cubic metres of rock, "sawing" the relief in two, but failing to complete the work: the two French projects failed in 1889 and 1894. It would be a decade before someone else would take on the task of carrying out the plan.

This someone is Theodore Roosevelt's United States, paying $40 million to continue the work begun by France. Here planning events intersect with geopolitical ones: at the time, in fact, Panama is part of Colombia, which has no intention of conceding management of the isthmus to the United States. For this reason, the U.S. sends a warship to the territory and supports an independence movement. On 3 November 1903, the Republic of Panama declared its independence from Colombia, and the following month the Hay-Bunau Varilla Treaty was signed, granting the United States the right to build and administer the Panama Canal. It was not until the end of the century, on 31 December 1999, that the Panamanians officially became owners of the canal.

In ten years, from 1904 to 1914, the United States, led by Colonel and engineer Goethals, completed the canal, 81 kilometres long in its entirety. In the central part, instead of continuing in the complicated excavation operations, the Americans have the happy intuition of diverting the course of the Chagres River with a dam, allowing it to flood the territories and create an artificial lake, Lake Gatun, through which ships pass for about 33 kilometres. The crown jewel of the Panama Canal, however, are the locks present for incoming and outgoing vessels both on the Pacific and Atlantic sides. They are 33-metre-wide and 320-metre-long basins, with one entrance and one exit gate, surrounded by concrete walls 15 metres thick at the base and two and a half metres on the sides, while water flows beneath them in a system of tunnels, pipes and valves.

The locks operate on the principle of communicating vessels, filling or emptying themselves to allow ships to cross a total height difference of about 26 metres. If they have to rise up, the water is pumped into the lower level, lifting the ship; if, on the other hand, the boats have to go down, the water is removed and drained: a considerable effort, since lifting a ship of that size (many are custom-designed to fit into the docks, hence the name Panamax) requires more than 100 thousand cubic metres of water, the equivalent of about fifty Olympic-size swimming pools. Leading the operations are mulas, small electric locomotives that run on tracks adjacent to the locks and control the passage of ships, anchoring them in the centre. In 2006, two more locks, more than 50 metres wide and more than 400 metres long, were added to the existing six locks to allow the transit of larger ships, the New Panamax, capable of carrying twice as much cargo.

Considering that circumnavigating South America takes between three and four weeks, while crossing the Panama Canal takes only ten hours, it is immediately apparent how important this work is also environmentally, because of the savings in fuel (and thus greenhouse gas emissions). In 2010, the one millionth ship since its inauguration crossed the Panama Canal, while since 1914, more than 300 million tons of goods have passed through it. Even today, those who pass through it agree when they define it as a wonder born of human ingenuity.

Before 1994, Great Britain and the rest of Europe had always been physically separated – well, unless you count approximately one million years...
By Gianluca Cedolin
Column  |  Podcast

The People's Republic of China celebrated its 70th anniversary at the end of September and the beginning of October 2019. In addition to a concert,...
By Gianluca Cedolin
Podcast  |  Transports

At the Paris Exposition Universelle of 1900, there were the films of the Lumière brothers, the escalator and...
By Gianluca Cedolin