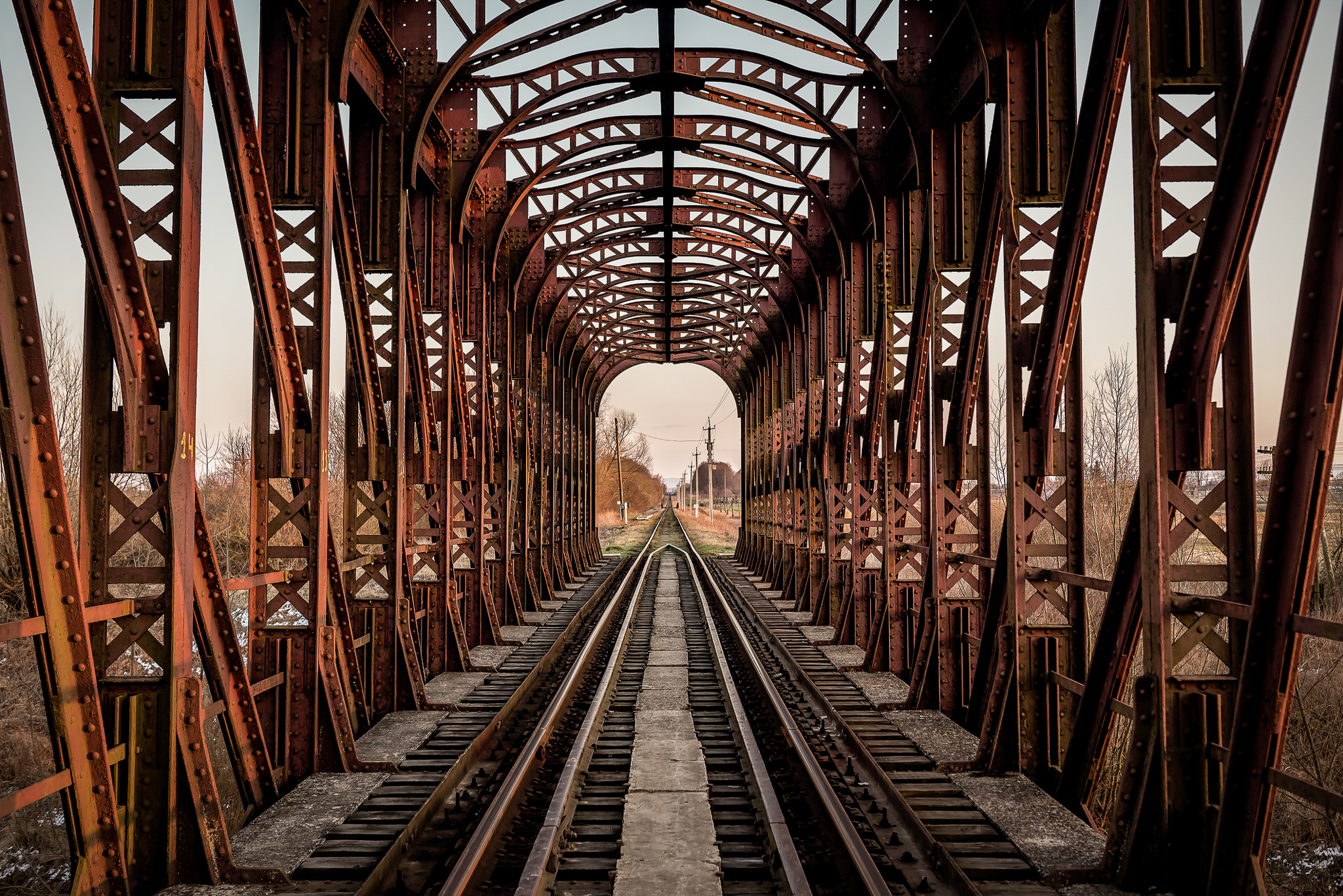 Dual-use infrastructure is critical, and its control can be crucial for the outcome of a conflict

Airports, roads, bridges, railways and ports: bulletins from the Ukrainian conflict underscore the importance of mobility infrastructure as the skeleton of a nation not only in a time of war, but, more importantly, in time of peace

During a war, communication routes are among the first infrastructural elements to be the focus of occupation, expropriation and destruction. The reason is self-evident: it is through them that people move and it is through them that an army can hold people at bay or move its military attacks more effectively. The same dynamic has happened in Ukraine, where, since the beginning of the occupation on 24 February, Russian troops have chosen to strike targets such as ports and airports, so as to prevent the easy movement of civilians, military personnel and supplies of various kinds. To all this must be obviously added the information network, equally fundamental for keeping a country together. This is also why the Starlink satellite internet was made available to Ukraine by its founder, Elon Musk.

And to think that infrastructure, of any kind, is fundamental to building peace, connecting and keeping peoples and countries united. Alessandro Gili, Associate Research Fellow and expert in Infrastructure and Geoeconomics at ISPI, Istituto per gli Studi di Politica Internazionale, also has no doubts: “Infrastructure is the main tool for creating interdependence and increasing trade flows. Not only that, but also for increasing relations between the peoples it crosses. As is well known, mutual knowledge and trade are strong incentives for establishing friendly relations between states and peoples. Shared management of cross-border infrastructure can also prompt potentially hostile countries into cooperating with one another.”

How can the presence of infrastructure on the ground guide (in general) offensive military strategies? And specifically, which ones have this role? For example, in the Ukrainian conflict, airports were hit first

“Infrastructure, particularly dual-use infrastructure (with both civilian and military use) is critical, and its control can be crucial for the outcome of a conflict. They, in fact, ensure logistical supplies to the warring parties and it is also for this reason that they are destroyed or garrisoned, in order to block the supply chain or prevent access to strategic cities. This category includes all road infrastructure, ports and airports. The control of energy infrastructure is also crucial to the control of the occupied country, being able to determine its paralysis. In the case of airports, however, they have been priority targets for destroying Ukrainian aviation capabilities and preventing rapid supplies coming into the country from Western states.”

Infrastructure is the vital skeleton of a nation. At what point can the Ukrainian infrastructure be considered in terms of modernity?

“Ukraine’s infrastructure endowment was reduced even before the war. According to the World Bank’s Logistic Performance Index, the country ranked 66th in the world, and reached as low as 119th place on infrastructure. On the eve of the war, Ukraine’s freight transit potential was 200 million metric tons per year, but due to the lack of infrastructure, only 25-30% of it was actually used. However, major investments were planned under the Drive Ukraine 2030 Plan, with crucial funding from the EIB and EBRD, which would have secured 60 billion by 2030. Lastly, the country was central to the networks of the European rail transport networks TEN-T, in particular the Lisbon-Kiev corridor, as well as being of significant importance in China’s New Silk Road.”

If Ukraine loses its sea outlet how might the arrangements change?

“From a strategic and economic standpoint, it would be a huge blow to the country. The ports of Odessa and Mariupol are central to the export of raw materials and industrial products. Ukraine is central to the world’s food supply chains, producing 36% of the world’s sunflower oil, 9% of its wheat, 10% of its rapeseed, and 13% of its corn. But also regarding steel, the country is a crucial supplier for international markets, being the twelfth producer in the world. Of course, without a sea outlet, Ukraine could no longer easily export such products, which would become less competitive if sent via other means of transport.”

What are the repercussions on the Italian infrastructure supply chain (arrival of raw materials for construction)?

“Italy is considerably exposed regarding certain materials used in construction coming from Ukraine. In fact, out of a total of 3.3 billion euro of imports from Ukraine, about 2 billion are metallurgical products, which are widely used in the construction sector, as well as in various sectors of heavy industry.”

How is this conflict putting and will continue to put a strain on the economy of our country and the Eurozone?

“The OECD has already estimated that the conflict in Ukraine may lead to a reduction in growth estimates for the Eurozone of 1.5%, thus bringing the outlook for GDP growth in 2022 from 4.5% to 3%. The same trajectory for Italy, whose estimates went from +4.3% to +2.7%. The greatest difficulties derive from the exponential growth in gas and oil prices, which are putting businesses and families in difficulty. Last but not least, the shortage and rising prices of non-energy raw materials further complicates the picture, posing serious risks for the production of companies and inflationary tensions.”

Has the concept of globalization as we have known it come to an end?

“Already during the pandemic crisis, globalization had begun to change its face. It was understood that some global value chains, particularly in strategic sectors, could no longer be so fragmented globally and how Europe could no longer depend on China for essential goods, a concept reiterated within the new European Industrial Strategy and the EU Chips Act. The war in Ukraine has placed a further acceleration to the regionalization of the value chains but it has gone even further, until determining progressively a total decoupling between the Western and Russian economies.”

We are faced with a reality that is apparently a “given” but which, as always, is the child of previous treaties, both of conflict and of peace. What do you think is changing in this respect?

“As in all conflicts, war is the moment of a clean break that involves the negation of treaties, international law and previous situations. For Europe, this is a nightmare from which we had hoped to be liberated after the bloody Balkan wars of the 1990s. Moreover, war today is part of a context of growing economic relations and interdependence between states, and therefore the consequences have even greater repercussions worldwide.”

In the film Un colpo all’italiana (The Italian Job), a group of English robbers manage to rob an armoured car travelling with the...
By Federico Gennari Santori
Business  |  Focus On

Has globalization come to an end? Many believed the world order that emerged from the collapse of the Soviet Union in 1991 would not survive...
By Carlo Stagnaro
Focus On

Due to international conflicts and pandemic emergency, seas and oceans are today more than ever very important on geopolitics terms. In the Middle...
By Patrizia Marin
Podcast  |  Transports

Before 1994, Great Britain and the rest of Europe had always been physically separated – well, unless you count approximately one million years...
By Gianluca Cedolin